ParalympicsGB has confirmed the selection of five Powerlifters who will compete at the rescheduled Tokyo 2020 Paralympic Games. 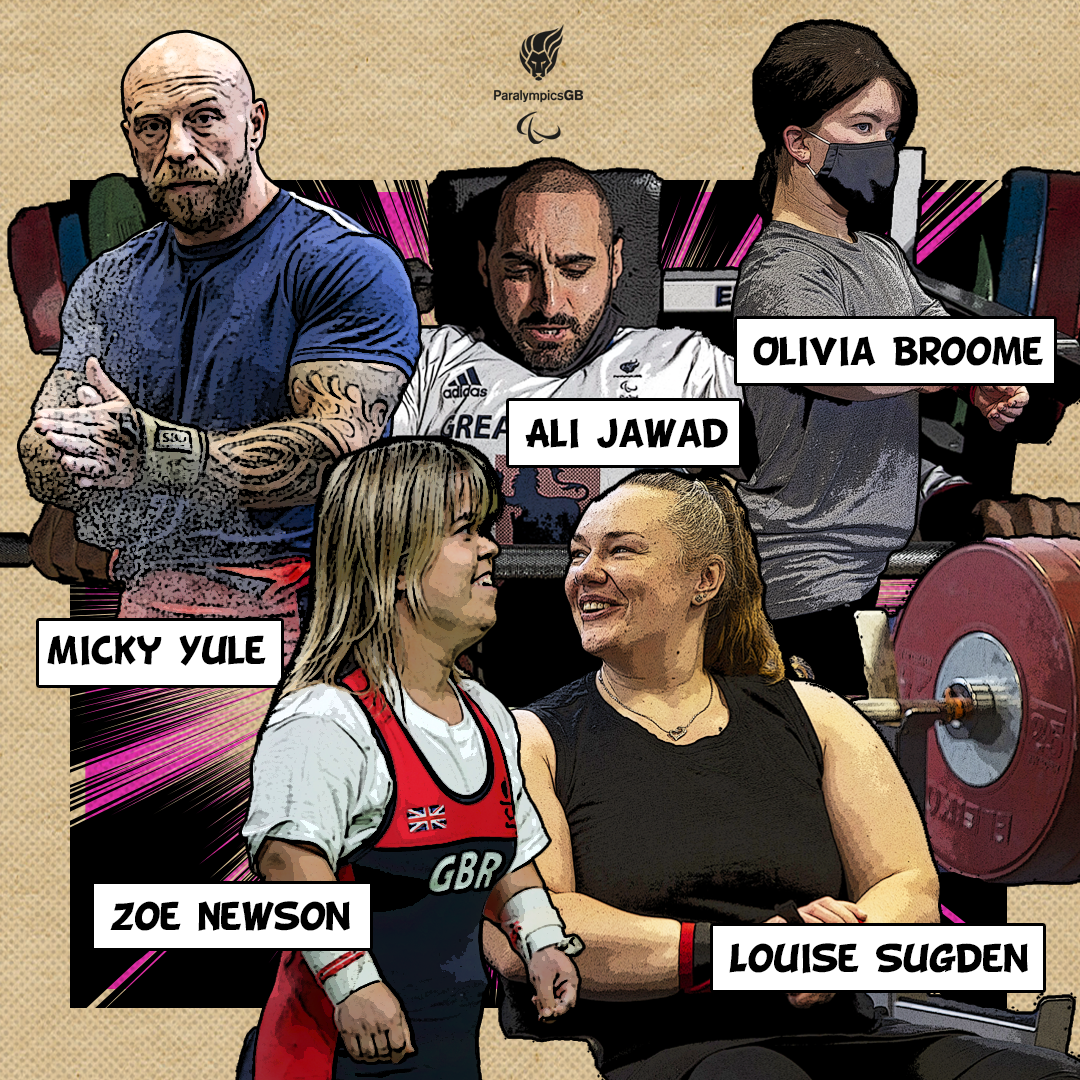 A stellar international career has seen Jawad crowned world champion in 2014, become a multiple European champion, set world records, and secure bronze medals twice for England at the Commonwealth Games in Glasgow 2014 and the Gold Coast 2018.

He finished eighth in the men’s 59kg qualification rankings following a stunning sporting comeback after an extensive 18-month period out of action due to an ongoing battle against Crohn’s disease.

Jawad said: "After a rollercoaster journey since Rio 2016, I'm super excited for the challenges of Tokyo 2020 and I'm determined to deliver a performance reflecting the hard work that me and my team have applied in the face of a challenging and competitive environment."

Two-times Paralympic bronze medallist Zoe Newson will compete in the women’s up to 41kg class.  Tokyo 2020 will be her third Paralympic Games after success at London 2012 and Rio 2016.

An incredible career has seen Newson sweep the board, medalling at major international events having stood on the podium at the World Championships in 2017 and the 2018 Commonwealth Games.

She qualified third in the Tokyo rankings with a best lift of 95kg courtesy of a gold medal winning performance at the Tbilisi World Cup in Georgia earlier this year.

European and Invictus Games champion Micky Yule will compete in the men’s up to 72kg competition.

This will be the second Paralympic Games appearance for the British Army veteran. He recorded a strong top six finish at Rio 2016 and has twice finished fourth for Scotland at the Commonwealth Games.

A sensational showdown at the Dubai World Cup saw Yule successfully defend his top eight position in the Tokyo 2020 Rankings on bodyweight by just 20 grams due to a brilliant last lift of 185kg in the final Tokyo qualifier.

European Champion Louise Sugden will compete in the women's up to 86kg class having qualified fourth in the Tokyo rankings.

Tokyo 2020 is Sugden’s third Paralympics having previously represented ParalympicsGB in Wheelchair Basketball at Beijing 2008 and London 2012.

Since switching sports, she has enjoyed an amazing rise through the ranks including Commonwealth medal success at the Gold Coast in 2018 and multiple World Cup event wins around the globe.

Sugden said: "It has been a challenging 18 months but I’m really happy with my progress in this time. I’m really looking forward to competing again in the coming months at the highest level and I hope to continue to improve my world ranking."

Completing the squad is rising star Olivia Broome who will compete in the women's up to 50kg.

At the Tbilisi World Cup Broome showcased her potential by setting a new Junior world record of 106.5kg which earned her fifth place in the Tokyo Rankings.

Whittaker said: “I am thrilled the team has been announced and over the moon for the five individuals who have all overcome significant challenges personally and collectively over the three years of qualification and 18 months of the COVID-19 pandemic.

“It's a privilege to have watched them show resilience, consistency and success in getting to this stage ahead of departure. I wish them all the best as they are welcomed into the ParalympicsGB team and can't wait to see and support their performances in Japan. "

Penny Briscoe, ParalympicsGB Chef de Mission said: “I’m so proud of the terrific strength and determination - both physically and mentally – shown by our Powerlifting squad to get to this point and secure their place on the plane to Tokyo.

“It is my pleasure to welcome Ali, Zoe, Micky, Louise and Olivia to the ParalympicsGB team and I look forward to closely following their performances at the Tokyo 2020 Paralympic Games.”

Around 230 athletes from 19 sports are expected to make up the British team that will compete in Japan, with further names to be announced in the coming weeks.

ParalympicsGB captured the imagination of the British public at London 2012 winning 120 medals in front of sell-out crowds with countless memorable performances.

The team eclipsed that performance at Rio 2016 winning an outstanding 147 medals including 64 golds to finish second in the overall medal table. The rescheduled Tokyo 2020 Paralympic Games will be staged from 24th August to 5th September.