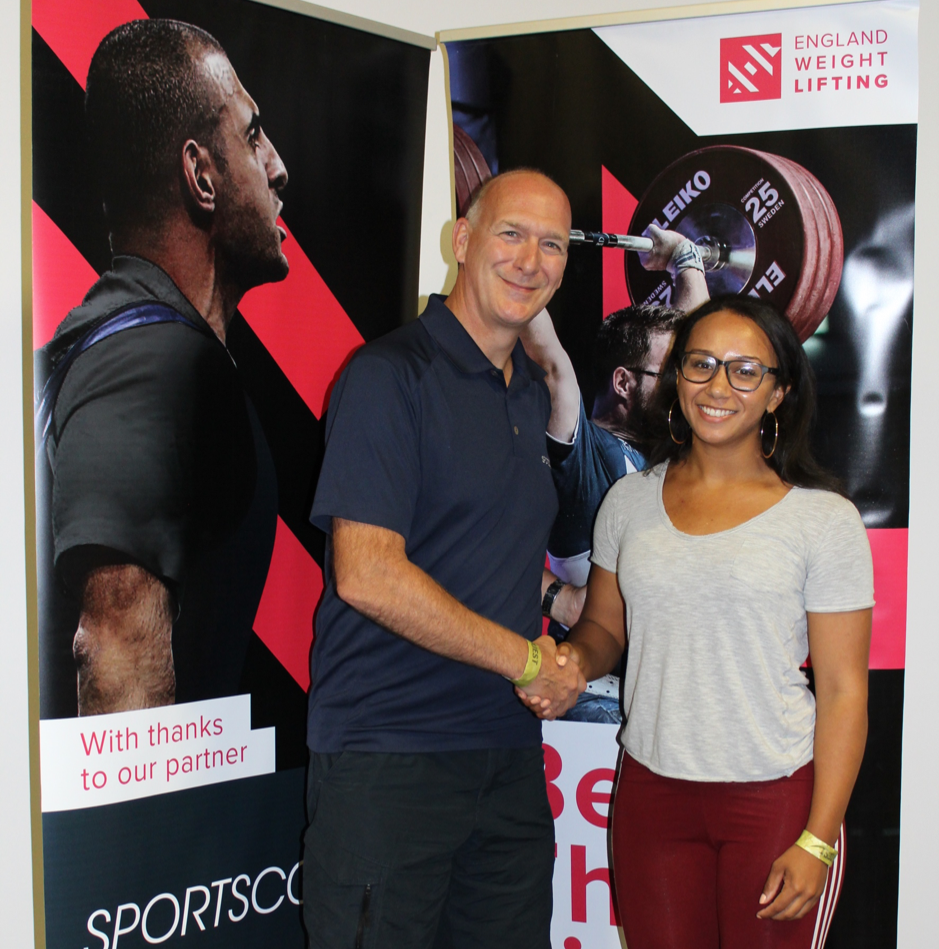 Both lifters are based out of Loughborough and it is hoped that the new bursary will help ensure they can continue to train together in a world class environment with the aim of maintaining a trajectory to achieve a medal at the Commonwealth Games in Birmingham in 2022.

Birmingham will be Zoe Smith’s fourth Commonwealth Games, whilst it will be Chris Murray’s first. Both athletes have also confirmed their desire to compete at Tokyo 2020.

It follows on the huge success achieved at the recent Gold Coast Games, where England secured 11 medals, which included 8 for Weightlifting and 3 for Para-Powerlifting, and Wales secured 2, demonstrating the real positive progress the lifters are making on the global platform.

Zoe has previously won gold and silver at previous Commonwealth Games and she is keen to emulate Emily Muskett and Gareth Evans’ recent golds and return to winning ways in Birmingham in 4 years’ time.

BWL’s Chief Executive, Ashley Metcalfe commented: “Sportscover’s continued support is hugely appreciated. They are one of our longest and most loyal partners and this added initiative aimed at directly helping two young lifters is further testament to their love of the sport and how keen they are to see our lifters progress.”

Martin Crannis, Chief Executive at Sportscover added:“We are delighted to be supporting two high quality lifters and wish them every success on their journey to Tokyo and Birmingham. Hopefully they will really enjoy the opportunity to train whilst at the same time learning more about different aspects of life away from the platform”

As part of the award, the lifters will support Sportscover with personal appearances at key business conferences and events, as well as working closely with BWL and the London-based insurers to gain valuable experience and insight into both the worlds of commerce and sport.