After an extended delay to the Regional Open Series due to coronavirus, the Series resumed in September and October using an innovative digital platform to allow lifters from across the country to compete from the safety of their home or gym. 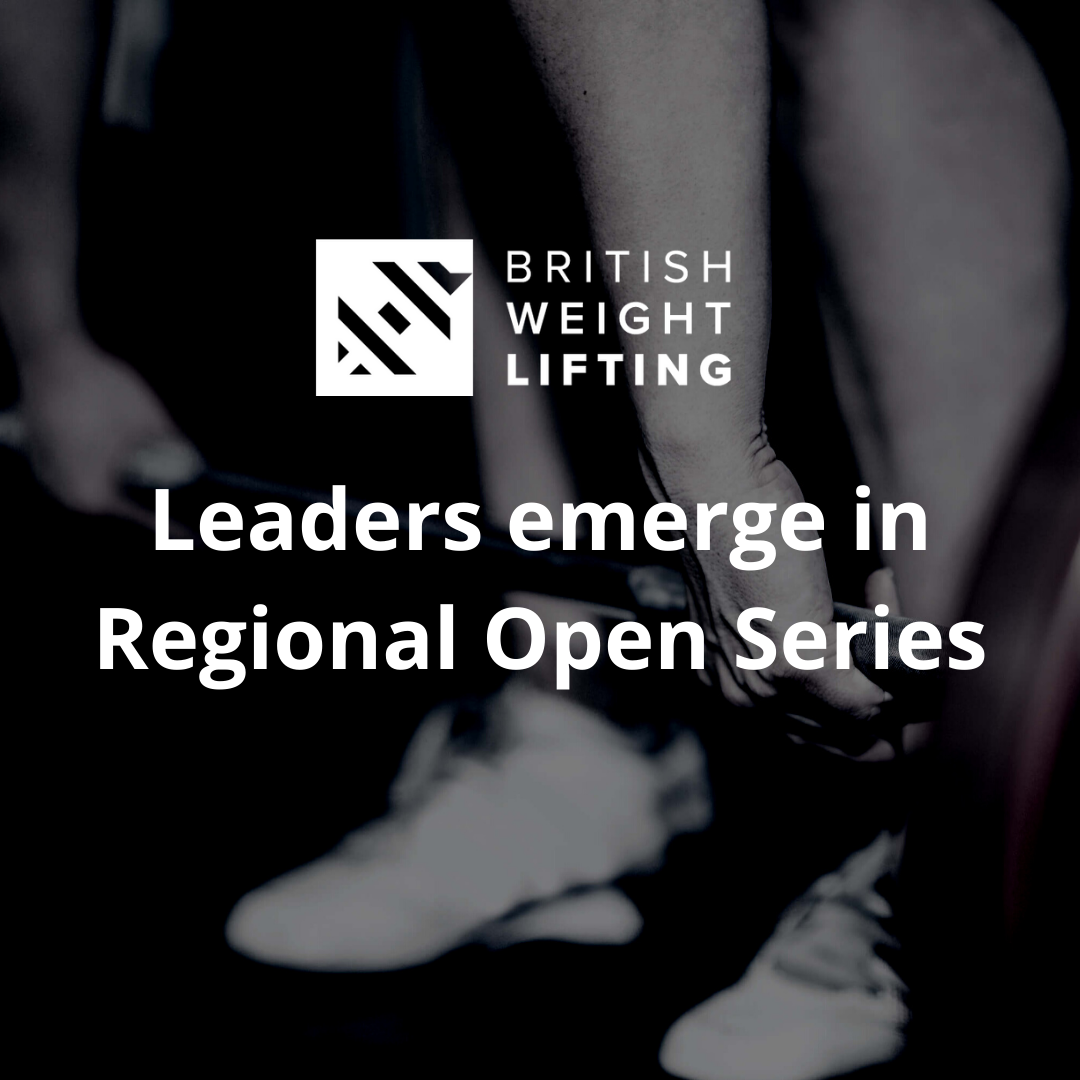 With the North and Midlands Series’ both having a physical event earlier in 2020, leaders have now emerged in the race to be crowned Regional Champion and claim the prizes on offer.  The South Open Series now has its first set of results after the initial competition was postponed due to coronavirus.

With cash prizes for the best Senior and Master’s male and female lifters, plus a state of the art PulseRoll foam roller for the best Youth lifters, there is plenty of competition to take the top places across all three Open Series’.

In the Midlands Open Series Men’s categories Loughborough lifter Ed Smale has taken the lead in the Senior age group, amassing 650 points from two rounds, leading Sam Finch (Loughborough) by just over 100 points, and Gordon Shaw in the third place another 100 points behind.

The Masters age group is highly competitive with all lifters currently having just one set of results to determine the placings.  Thomas Hunt (GFT Barbell Club) leads the way with 250 points, whilst Nigel Bluff (Atlas WLC) is in second place with 246 points, and Steve Harris follows closely with 210 points.

St Birinus School is demonstrating yet again that it is a keystone of grassroots weightlifting with the top four places all taken by lifters from the club.  Sebastian Lawton leads with 221 points with club mates Elliot Tappin (197 points), Corey Swaine (195 points) and Harrison Deeley (193 points) all fighting for the next places.

In the Women’s categories, GB international Noorin Gulam has the lead in the Senior age group with 450 points from two rounds.  Kayleigh Steele follows closely in second place with 425 points, and Kate Barton of Woking WLC is in third place with 360 points.

With only one round complete for the South Open Series the overall leader board is a close-run affair and all to play for.  Jess Gordon-Brown leads the Women’s Senior age group with 262 points, followed by Laura Hollobon (240 points) and Sarah Wiltshire (224 points).

In the Youth age groups, Edward Owen leads the Men’s category with 280 points, followed by Oliver Barzyk (197 points) and Connor Kemp (179 points).  Charlotte Neale has top spot in the Women’s category with 204 points ahead of Poppy Wilshire in second place (167 points) and Jorja Leigh Clarke currently in third with 142 points.

Georgina Williams is in first place in the Women’s Masters age group with 155 points and Antonia Rudge is in second place with 126 points.  On the Men’s side Mihai Bagutiu leads the way with 263 points, Grant Langdon follows with 211 points and Richard George completes the top three with 196 points.

The North Open Series saw the most entries for the first Virtual round of the Regional Open Series with over 60 lifters taking part.  Martin Kimberley used the virtual competition to take the lead in the Men’s Senior age group with 509 points from two rounds of competition.  Kimberley is closely followed in second place by Piyush Pandey (499 points) and Harvey Norton in third place with 464 points.

On the Women’s side the top three lifters have all competed in two rounds for the competition so far, with Gemma Peregrine edging into first place with 292 points.  Two Teeside Barbell Club lifters follow Peregrine as Libi Heseltine takes second place with 275 points, and clubmate Lesley Mathie has 224 points.

Scarborough WLC lifter Abigail Bowes leads the Women’s Youth age group with 328 points from two rounds of competition.  Chloe Sykes (Yorkshire Strength, 154 points) and Emily Martin (Scarborough WLC, 125 points) complete the top three both having competed in one round of the Series so far.

A special mention is also reserved for Antonia Blyth from Parkhead and Wansbeck WLC who entered as a development lifter to qualify for the British and England Age Group Championships, securing a combined points score of 295 from her attempts and technical score.

All totals from the Regional Open Series are eligible for qualification to BWL national events and are now included in the BWL rankings lists, click here to view the rankings. https://bwl.sport80.com/ranking?id_ranking=8

Entries are now open for the British and English Age Group Championships, click here to visit the entry portal. https://britishweightlifting.us.launchpad6.com/