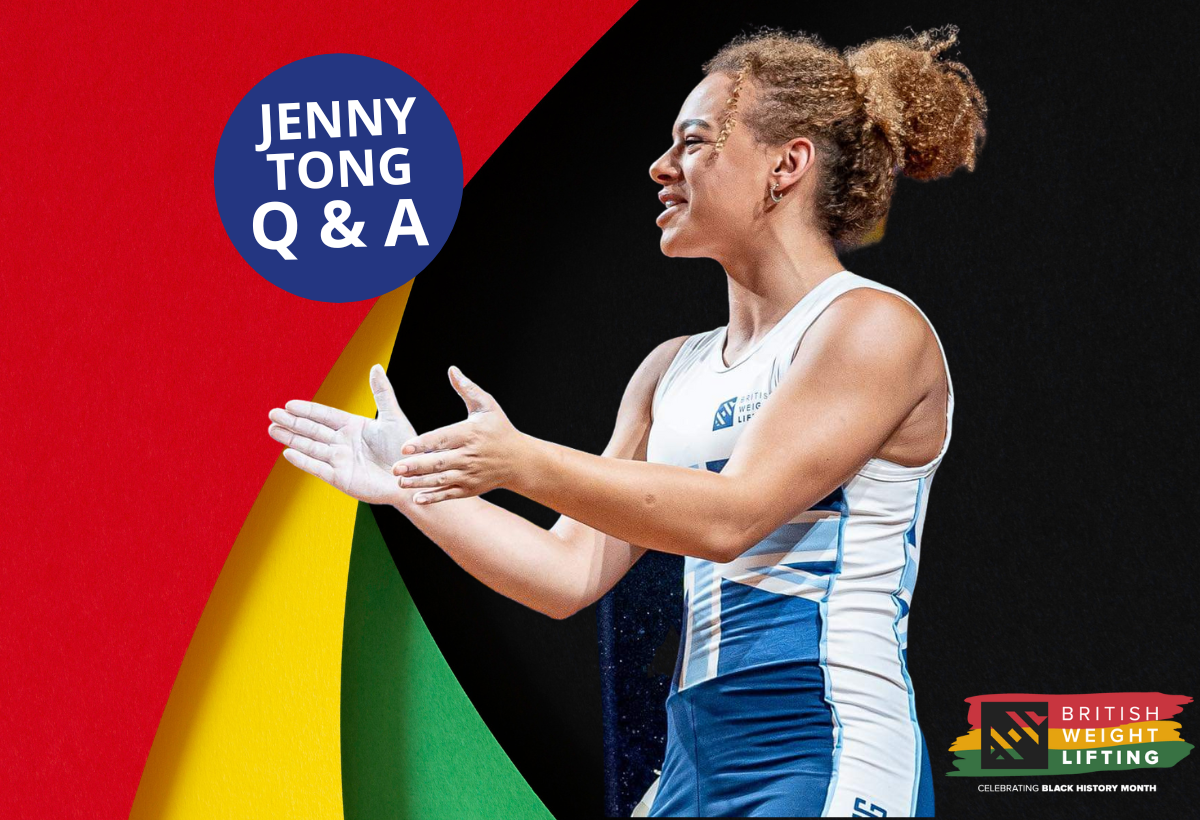 records for the snatch, clean and jerk and total in the women’s under 23 59kg category for her performances in the 2019 British Age Group Championships and 2019 European Under 23 Championships.

I’m of Nigerian (Yoruba) descent. As my dad was adopted, I wasn’t brought up around any Nigerian culture. As such I celebrate this by embracing my blackness and exploring my family history.

Why is it important to celebrate Black History Month (BHM)?

It’s important to celebrate BHM because it honours the history, achievements and contributions of the Black community to society, across science and technology, education, political advocacy, sport, and the arts, who are frequently written out of the history books and often go unrecognised.

Action Not Words means moving beyond token gestures. It means recognising how many of our institutions are built on the subjugation of Black people and the double burden of racism and discrimination faced by Black people. This requires taking meaningful action to tackle inequalities by confronting history head-on to ensure real change and making genuine efforts to educate society on how to tackle racism, stereotyping and subconscious bias.

You are a Non-Executive Director on the British Weight Lifting Board, what does it mean to you to serve in this position?

As a young woman of BAME descent, I am often met with stereotypes. Serving in this role is an opportunity for me to challenge some of the preconceptions many people have about black women and more importantly, representing the voices of those who often go unheard. I pride myself on centring Equality, Diversity and Inclusion in everything I do by insuring the BAME community is represented across the business as much as possible.

To some extent. I think all athletes, as members of society, have a social responsibility to combat injustice in any way they can and using social media platforms to do so provides a wide audience. However, I don’t think it is necessarily the job of BAME athletes alone to raise and address these issues. It must be done collectively, and white athletes in particular should play a role in contributing to the fight against injustices.

I would like to see the continued engagement of BAME communities through the sport of weightlifting. Delivering regular outreach programs to these communities not only helps improve the representation we see in our sport but also provides members of the BAME community with opportunities to try a sport they may not have immediate access to.

What are some of the obstacles you have faced during your career?

Professionally, I am often met with tropes and stereotypes based on my ethnicity and gender – the angry Black woman who speaks too passionately and honestly and calls for accountability, resulting in the white people in the room being uncomfortable or defensive; the ‘chavvy’ looking mixed race girl who’s appearance or general demeanour doesn’t fit the mould of what is considered ‘professional’.

I have often found I am used as a token by many white centred businesses to appear inclusive and am then met with resistance when I seek to hold them accountable because they never really wanted a representative voice, they wanted a token.

What does being a black woman mean to you?

To me, being a mixed race Black woman means having a voice and using it, unashamedly. It means standing up for the things I believe in with strength and conviction, in the name of all the Black women before me and all the young Black girls who’s future I want help to make a better place.

Which black person from history or today is your role model and why?

My role model is Claudette Colvin, the 15 year old girl who, in 1955, refused to give up her seat to a white person on a bus in segregated Montgomery, Alabama, months before Rosa Parks did the same. Her name has largely been lost in the history books.

We should all aspire to act with the courage and conviction to stand up for what is right as she did at such a tender age.

My advice to any young Black person is to stand up for what is right, even if you’re standing alone. You may be met with resistance, but you have to remain true to yourself and what you believe in, even if it sometimes makes others uncomfortable. Seek out the opportunities you want for yourself and pave your own way.

You are part of history – don’t let anyone else write your story for you.