Former World Champion Ali Jawad has said “there is a lot riding” on the Manchester 2020 World Cup in February as he sets his sights on qualifying for Tokyo 2020.

Jawad was speaking at the England Grand Prix after making a successful domestic comeback in Milton Keynes. 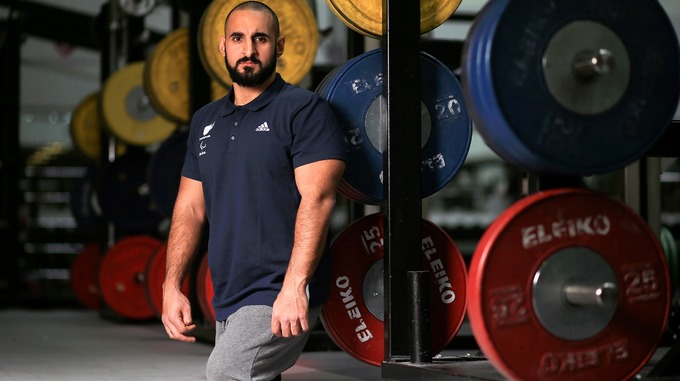 The Rio Paralympic medallist hadn’t competed on home soil in 2019 due to an ongoing battle with Crohn's disease.

However, he managed to successfully hit three out of three on the day, lifting 150kg, 155kg, and 156kg respectively, to take a Gold medal in the Men’s Under 72kg category.

Jawad was seen to be showing some discomfort on the last attempt, but afterwards, he explained that it was nothing to worry about.

“I got cramp in both triceps after the last lift, so I was in a bit of pain,” said Jawad.

“That’s why the reaction was there. To be fair that usually happens at every comp, so I’m sort of used to that kind of thing.”

That battle-hardened performance saw Jawad win the Pulse Roll Para Powerlifter of the Day Award after he recorded the highest AH Score among all the male competitors present.

Now he is targeting the Manchester 2020 Road to Tokyo Para Powerlifting World Cup event which is being hosted at Wythenshawe Forum on 20 - 23 February.

The competition is set to attract some of the best para powerlifters from around the world and the Great Britain squad will be publicly announced on Monday the 16th of December.

“For me Manchester is a big one” said Jawad. “Because hopefully that is where I can cement my place in the top 8 on the qualification rankings and get my spot for Tokyo secured. There’s a lot riding on that for me.

“To have an international event on home soil you have to be ready for it. I have to do 10-15kg from what I did here, so I still have a lot of work to do.”

Jawad’s strong performance in Milton Keynes came off the back of securing Silver for Great Britain at the Ready Steady Tokyo 2020 Test Event a couple of weeks prior in Japan.

The competition was designated as the official test event for the Paralympic Games and was hosted at the Tokyo International Forum which is the same venue that will be used next summer.

“To be honest I came into this comp wanting to do better than I did in Tokyo five weeks ago,” said Jawad. “I only benched 147kg in Tokyo so to put on 9kg in four, five weeks is good progress.”

There is no winter rest for Jawad after the England event as he intends to continue training hard over the festive period ahead of next year’s crucial competitions.

“Back to training,” said Jawad. “No real significant rest for me. I’m on that comeback journey so there is a long way for me to go before I hit that top-level again”

“Hopefully I’m on the right track.”