British Weight Lifting are delighted to announce that our elite athletes have had another successful competition at the IWF World Championships in Ashgabat, Turkmenistan. 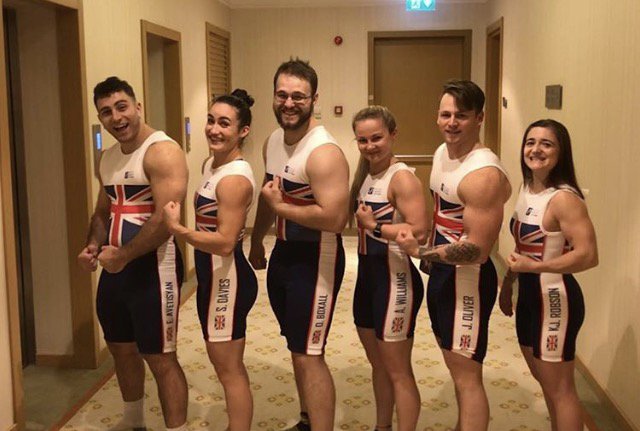 A total of 8 lifters represented Great Britain across 7 different weight categories in the first global event since the revised weight divisions were introduced in October.

Facing the prospect of a new record book, many lifters seized the opportunity to write their name in British Weight Lifting history.

Emily Campbell produced the best British result of the competition as she topped the Woman’s 87kg+ C group and placed 16th overall.

Coached by Andrew Callard and Dave Sawyer, Campbell managed to snatch 108kg and clean & jerk 140kg to round out with an impressive total of 248kg.

Commonwealth medallists Sarah Davies and Zoe Smith also put in a great performance as they went head to head in the 64kg category. Only 2kg separated them at the finish.

Smith edged a 1kg advantage on the snatch by lifting 94kg, but Davies was able to overhaul her by 3kg during the clean & jerk stage to post a total of 217kg. They placed 17th and 18th respectively.

Stockton’s Kelly Jo-Robson made her debut on the world stage in the 49kg division and took 27th with a total of 153kg.

Amy Williams also made her first appearance at the Worlds and posted a final score of 170kg en route to 36th in the highly competitive 55kg class.

In the Men’s 88kg category Jack Oliver broke into the Top 30 with a total of 319kg. The Leeds based lifter snatched 143kg and posted a clean & jerk of 173kg to finish 28th overall.

Edmon Avetisyan took 29th in the 96kg division with a confident performance that saw him follow up a 144kg snatch with a 187kg effort in the second phase.