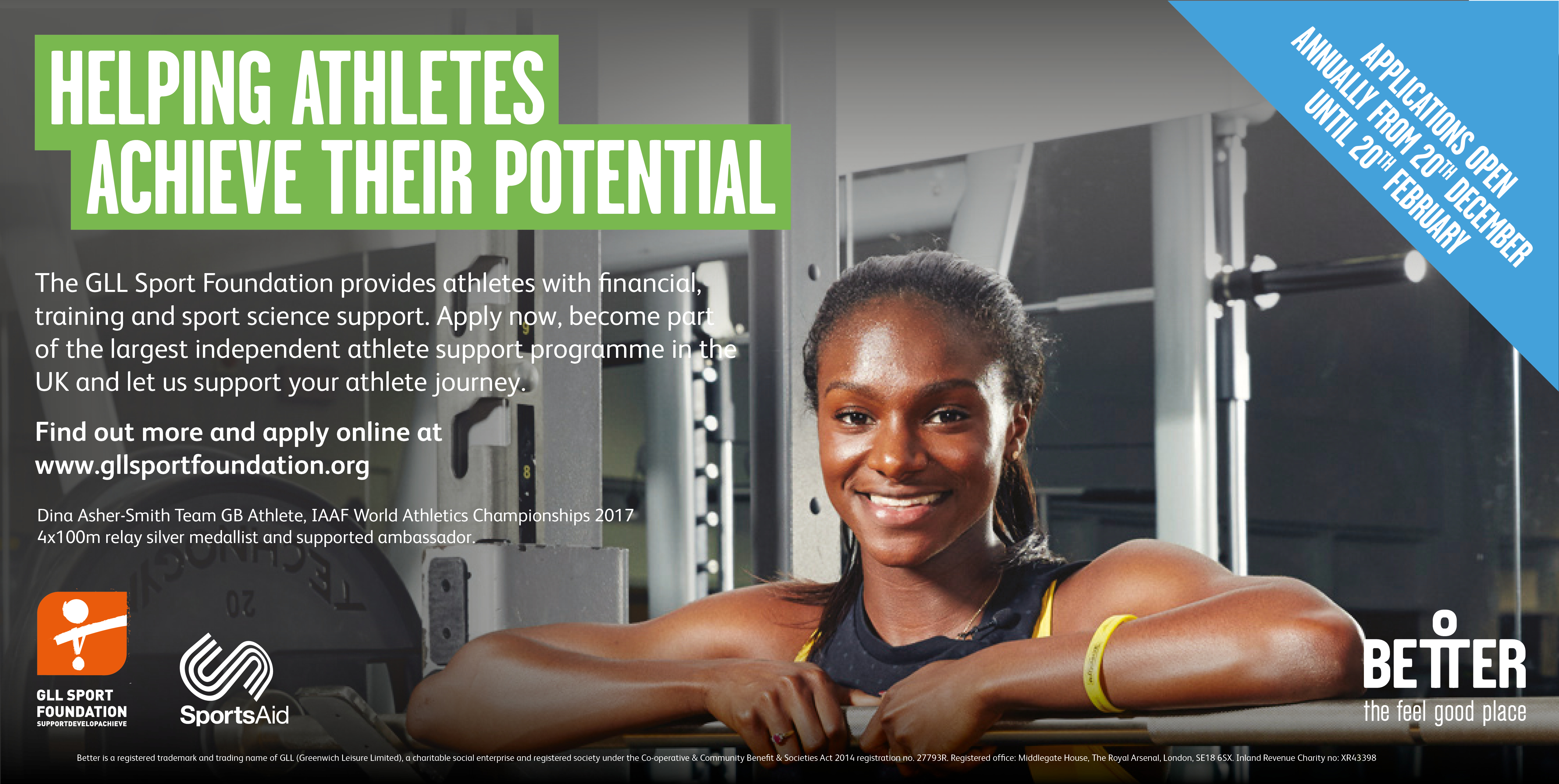 The GLL Sport Foundation (GSF) supports athletes across 73 areas of the UK. Supported athletes can benefit from financial support, physiotherapy, a ‘Better’ Gym membership and more. In 2019 GLL is investing over £1.6 million into the development of local athletes who aspire to follow in the footsteps of athletes such as Susie Rodgers, Dina Asher-Smith and Lutalo Muhammad.

Double Olympic Taekwondo medallist Lutalo Muhammad explained: “GLL is a fantastic organisation paving the way for ordinary young people like myself to compete at the highest level.  When I first started to compete internationally GLL was my only source of funding and I can sincerely say but for GLL, I would not have transitioned from a skinny kid that loved sport to an Olympic medallist, I'll never forget the help I received.

“I am now focussed on Tokyo to complete my medal set and I am proud to be a GLL Sport Foundation ambassador now and into the future”.

In 2018, 70% of the GLL Sport Foundation’s supported  athletes were under  21 years old  and 93%  received no other funding; the impact of the Foundation is significant and highlighted by GSF Patron Sally Gunnell OBE.

Sally Gunnell OBE, still remains the only athlete to hold consecutive Olympic, World and Commonwealth titles. “I understand how important our support from the Foundation can be to the realisation of sporting ambitions. This is ever more important today with centralised sport funding being squeezed further; we are an important resource in bridging the gap for young aspiring athletes. Support to these young athletes also goes beyond the field of play. It has an educational value by promoting the opportunity that sport can bring and promoting the benefits of healthy lifestyles to positively impact their local communities.”

Over its 10 years, the GLL Sport Foundation has invested over £9 million supporting athletes, providing more than 16,000 awards. This support has yielded a staggering 33 Olympic and Paralympic medals for  GSF athletes. Athletes can join this prestigious group by applying for support in 2019.

Applications are open until 20th February 2019 via the website portal – www.gllsportfoundation.org