Five medals for team GB at the IWF World Championships

The IWF World Championships took place in Tashkent, Uzbekistan last week and we saw some fantastic performances from the four GB athletes competing. 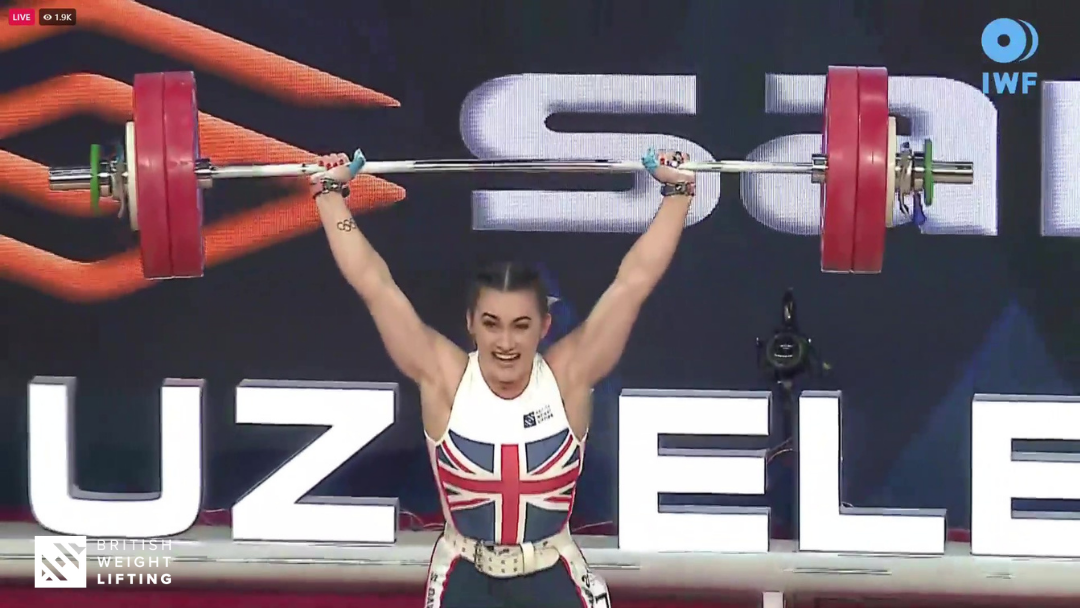 Fraer Morrow competed in the women’s 55kg category. Fraer hit an 88kg snatch to match her current personal best and followed this with a 106kg clean and jerk. This gave her a fantastic total of 194kg, ranking her fifth overall in the world. Fraer’s performance ranks as one of the best by a British woman at an Olympic weightlifting World Championships in the last two decades and made a statement that she is a world standard lifter alongside other leading British lifters from the Tokyo 2020 Olympic cycle - Emily Muskett, Sarah Davies, Zoe Smith and Emily Campbell.

Jessica Gordon Brown competed in the women’s 59kg category. After a nervous start in an incredibly close group Jess courageously fought her way back from a difficult start by making 85kg on her third attempt at the same weight. Following the difficult snatch session Jess showed strong character to hit a 110kg clean and jerk giving her a total of 195kg and climbing 4 places after snatch to place twelfth in the world on her international debut.

Sarah Davies competed in the women’s 71kg category. Sarah went six for six in an incredibly competitive group where only 4kg separated the athletes in first and sixth place. Snatching 102kg and clean & jerking 132kg for an enormous 234kg total to secure a silver medal in the clean & jerk and winning Great Britain’s first ever Olympic weightlifting World Championship silver medal by a female weightlifter. The performance was an outstanding 4kg above her own personal best at Moscow 2021 and 3kg above the previous British Record at 71kg held by Emily Muskett.

Emily Campbell was last on the platform in the women’s 87+kg category. Emily hit a solid 121kg snatch, just 1kg under her personal best to secure bronze in a tight contest with competitors from Thailand and South Korea. After a solid start Emily entered a close contest, lifting a huge 157kg on her second attempt to win silver in the clean & jerk and secure bronze in total with her second highest total of all time of 278kg. This performance tops off an incredible year for Emily, winning medals at every major senior international event, including European Champion, Olympic silver and now bronze at the World Championships to complete the set.

Stuart Martin, Weightlifting Head of Performance commented “The 4 selected athletes produced some of the best performances from a GB team at a World Championships for a very long time, bringing home five medals from a senior World Championships is an incredible achievement. The women’s senior team has now won medals at every major senior competition to conclude a fantastic year for weightlifting in Great Britian. The team and the support networks behind the athletes back home deserve an enormous amount of credit and should be incredibly proud of what they’ve achieved this year.

I’d also like to pay credit to the large number of home nations athletes who were withdrawn from the Commonwealth Championships at the last moment due to complications. Although it is not much of a consolation it should be recognised that many of them at their best would have won medals at the Commonwealth Championships. Despite the obvious frustrations, we hope athletes can take confidence from these results and use it as fuel for their training as they train for the final qualification event at the British Championships in January 2022.”