First medal for weightlifting on day one of the Commonwealth Games

British Weight Lifting would like to congratulate all athletes who competed on the first day of weightlifting at the Birmingham 2022 Commonwealth Games and what a day it was. A bronze for Team England secured by Fraer Morrow in the women’s 55kg category, along with multiple British records broken. 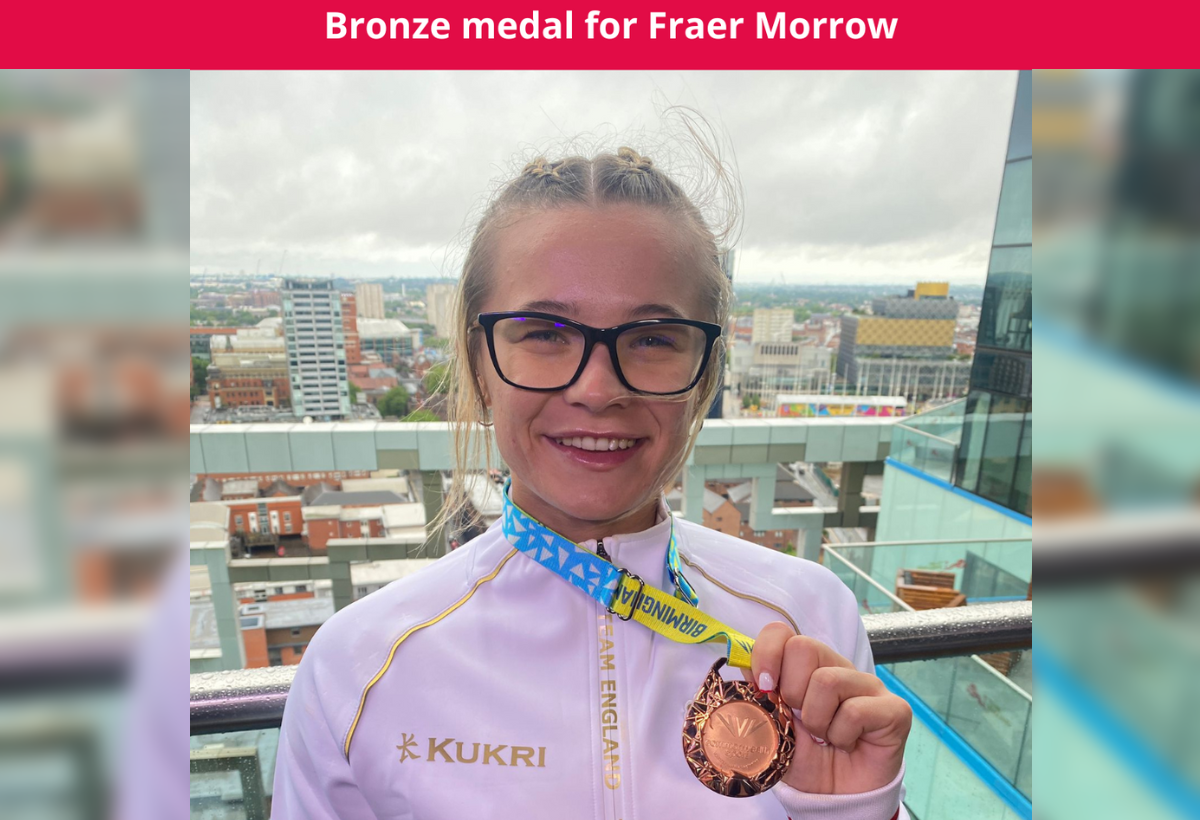 Ben Hickling was first on the platform in the men’s 55kg category.

Ben had a shaky start missing two out of three lifts, he secured 93kg on his second snatch.

Here’s what he had to say about his expectations coming into the Games today… “We all have expectations, we all want to hit PB’s. The snatch wasn’t quite my day today, the nerves got the better of me, but I chilled out for the clean and jerk and really used the crowd to my advantage”.

What a first Commonwealth Games for Ben!

Noorin’s opening clean and jerk was 88kg which gave her a new women’s senior British record total of 161kg. She missed her second and third clean and jerks at 91kg and 93kg respectively putting her in sixth place overall.

What a competition, well done!

Hannah Powell missed 2 out of 3 snatches but secured 67kg on her second lift. Despite another two no lifts in the clean and jerk, Hannah dug deep to secure a total, securing her third and final lift with a clean and jerk of 85kg. This gave her a total of 152kg, finishing in seventh place.

The final competition of the day saw Jodey Hughes from Team Scotland, Catrin Jones from Team Wales and Fraer Morrow from Team England take to the platform in the women’s 55kg category.

Unfortunately, it wasn’t Jodey Hughes and Catrin Jones day, with both missing all three snatch attempts. British Weight Lifting are proud of what you’ve achieved in securing your place at the Commonwealth Games and look forward to seeing you compete again soon.

You did Team Scotland and Team Wales proud!

Fraer Morrow put on a magnificent display. She secured her first and second snatch attempts of 86kg and 89kg, with the latter giving her a new women’s senior British record, but missed her third attempt of 91kg.

She missed her first and third clean and jerks of 109kg and 115kg but that didn’t matter as her second and best clean and jerk of 109kg was enough to secure her a bronze medal for Team England and the first weightlifting medal at the Commonwealth Games.

What a competition, congratulations on your medal Fraer!