The European Masters 2021 Weightlifting Championships was held in the Netherlands in a town called Alkmaar near Amsterdam. The hall was set up with two competition platforms and two warmup areas with 6 platforms for the lifters to prepare for their competitions. 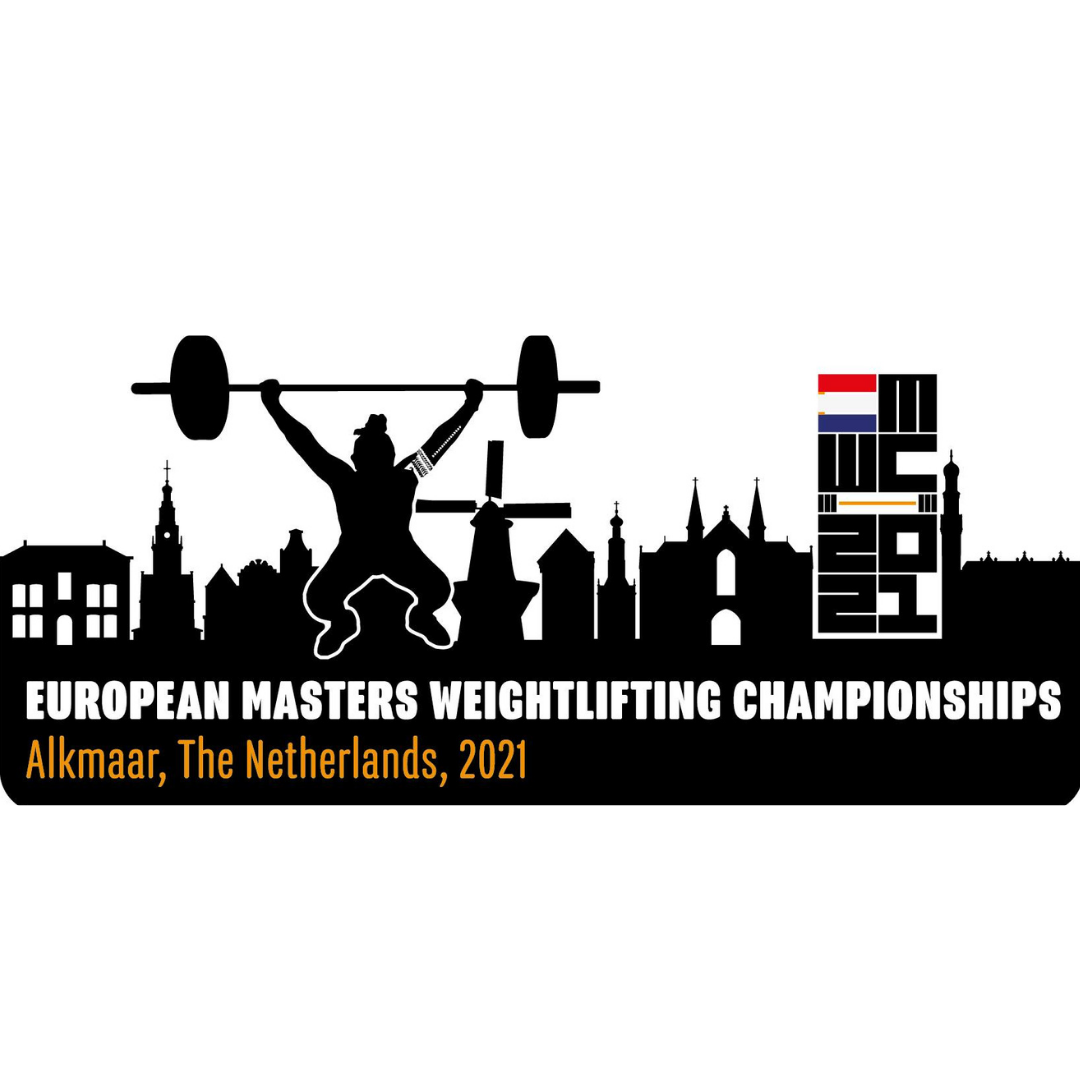 This year there wasn’t the usual number of lifters from the UK due to the restrictions and the complicated travel procedure to get back home. However, several British lifters did make the journey across the channel to compete and come away with medal success.

Masters weightlifting events have 10 age groups in 5-year increments from 35-39 up to 80+. Each age group has 10 bodyweight categories for each gender and the competition always starts with the oldest lifters first and work its way down to the younger end as the days pass on.

There was a limit to the number of lifters for this event due to Covid restrictions but there were still over 400 entries before the competition started on Saturday 16 October. There was some closely fought competitions for some of the lifters, especially in the popular categories where it went down to the last lifts for each lifter. All results from the competition will be added to the BARS system and will be added in the official BWL rankings and records.

The list below has lifters rankings and other notes of success 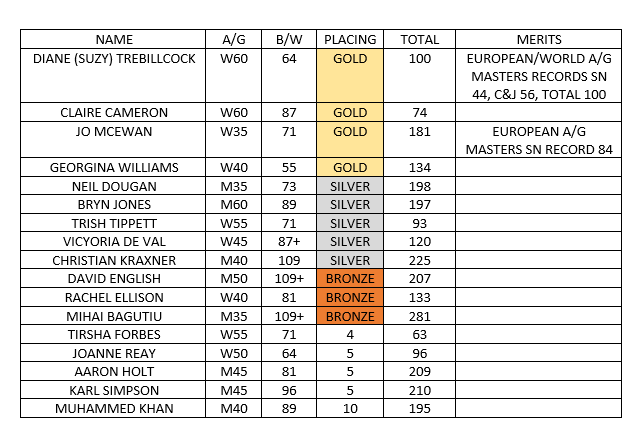