Team GB brought home six medals, including one Gold, from the European Junior & U23 Championships in Bucharest, Romania last month.

Mercy Brown and Fraer Morrow won three medals a piece with the latter managing to secure top spot in the clean and jerk stage of the Women’s 55kg U23 competition. 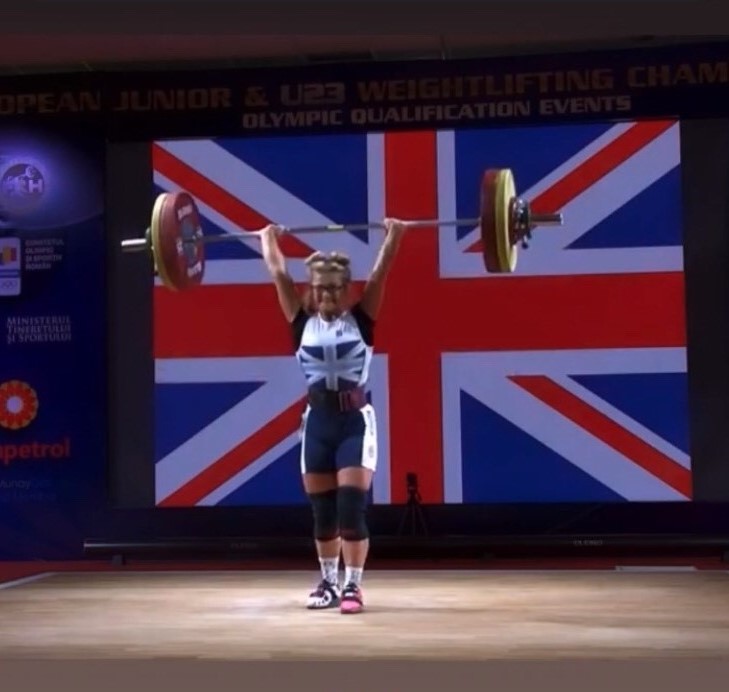 Morrow snatched Silver by lifting 80kg and then took the Gold in the second stage with a lift of 107kg to consolidate her position in the final rankings. She ended the day on 187kg overall to set a new British U23 record.

Brown swept the board for Bronze in the Women’s 87kg+ U23 event. She snatched 99kg and then clean and jerked 125kg to round off the podium positions.

There was also some brilliant top ten results and personal bests aplenty from the rest of Team GB’s strong squad who finished 8th overall in the nations rankings.

That finishing position was matched by Mackenzie Middleton. The 2019 English & British Champion totalled 337kg in the Men’s 109kg+ U23 division after hitting 151kg and 186kg in each stage.

Catrin Jones finished 6th in the Women’s 55kg Junior class. The Welsh lifter secured PB’s in both segments with 78kg on the snatch and also hit 99kg on the clean and jerk.

Dan O’Hare finished 8th place in the Men’s 109kg U23 group. He produced a snatch PB of 140kg and then beat his own previous best clean and jerk benchmark by hauling 174kg.

Karl McClean and Filip Taylor finished 11th in their respective categories. McClean lifted 251kg in the Men’s 73kg U23 competition while Taylor totalled 276 in the Men’s 96kg U23 class.

Chris Murray snatched 131KG on his opening lift but was forced to withdraw from the Men’s 81kg Junior event after sustaining a back injury on his second attempt.

British Weight Lifting would like to thank the onsite medical team and the Romanian Weightlifting Federation for all of the assistance they provided.

Murray was able to resume walking around before the conclusion of the competition and is currently on the mend.

A full list of results from the event is available here.

The next edition of the European Junior and U23 Championships is scheduled to take place on the 12-20 September 2020 in Rovaniemi, Finland.