European Junior & U23 Championships 2017 Round Up

To start off the week of European Championships, day one in Albania saw Fraer Morrow competed in the W53 category. The British Champion snatched 72kg and C&J 90kg to end her competition with a 162kg total. 16-year-old Scoop Callard was next up to compete in the Junior M62 with a C&J of 125kg to secure a total of 213kg. 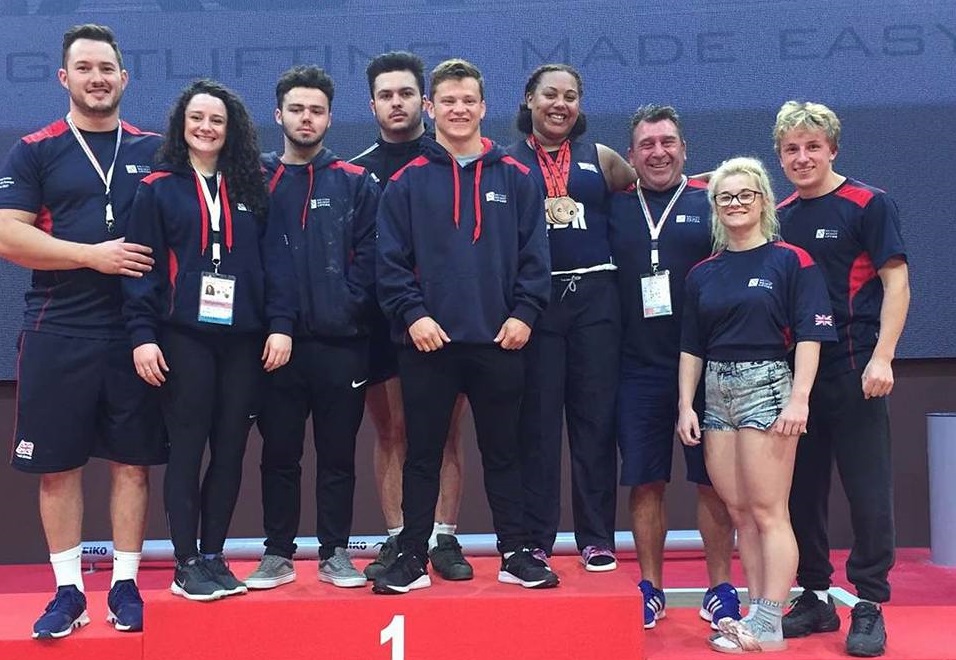 Scotsman Jason Epton competed in the junior M77 category with 273 total, an outstanding performance that put him on top of the Scottish commonwealth games ranking list in his category and beating his most recent competition total by 5kg from the European Youth Championships. British Championships Gold medallist Laura Hewitt took to the stage in the U23 W58 category and gave a brilliant performance with an 81kg snatch and 101kg C&J both of which were PB’s to get a PB total of 182kg.

Chris Murray made his mark by competing in his first junior competition on an International platform snatching 125kg and C&J 150kg. Fellow England team mate Edmon Avetisyan gave it his all on the platform with an 8kg PB C&J of 193kg, narrowly missing out on a bronze medal by 1kg.

Jordan Sakkas snatched a PB of 142kg and C&J 172kg getting 5/6 lifts at the championships.  The Welsh lifter has shown huge improvements since his last performance in Australia.

One of the most impressive performances of the week was saved till last as Emily Campbell competed in the U23 W90+. The English Lifter got a competition total of 223kg to bring home the bronze medal with a 93kg snatch and 130kg C&J.

BWL are delighted with this year’s team results and would like to congratulate the lifters for yet again another set of impressive results at an International competition and also thank our coaches for the support and guidance they gave the team throughout the week.