As part of the Great British Week of Sport we are focussing on getting young people involved as part of the #BeActive Campaign.
We are sharing youth coaching success stories from all-around the British weightlifting community.

The final club we are shining a spotlight on is Europa Weightlifting Club based in Temple Hill Dartford. 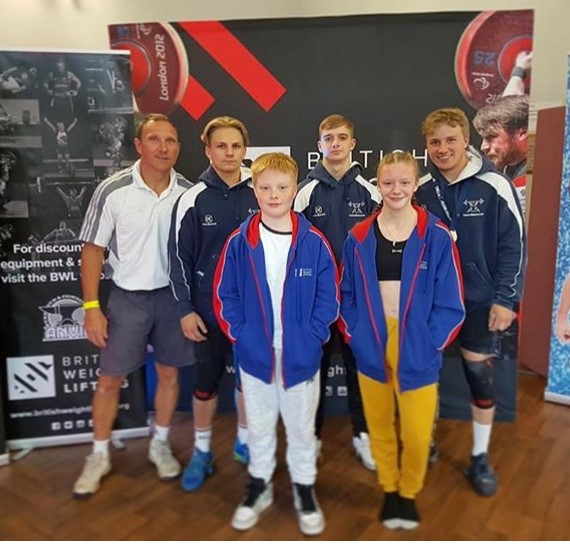 The club is run and managed by local coach Andrew Callard.

Andrew Callard had an extensive career from the age of 16 when he became a GB international lifter at Junior Level, progressing to compete at senior National, European, Commonwealth and Olympic Games he decided to set up Europa Weightlifting Club to give other young weightlifters the benefit of his knowledge in the hope of affording them the opportunity to travel the world competing and promoting the sport as he did.

Andrew gives his time and expertise to young weightlifters providing training from total beginner to success at top international level, historically culminating in 5 of them winning medals for Team England at the Commonwealth Games.

In 2007 Europa produced its first National Youth and Under 18’s Champions, 4 of whom became Age Group British record holders and complete at their first European under 17’s Championships.  Every year since then Europa has produced national champions and British record holders and had lifters selected to represent Great Britain at European, Commonwealth and World Youth, Junior and Senior Championships.

Training alongside experienced and elite lifters, a new wave of young British Champions and Junior Internationals  are emerging, including Taliyah Homewood who started with no lifting experience 2018 and now currently holds the English and British title, 3 British records and has represented GBR at the Youth World Championships in Las Vegas and European Youth Championships in Israel.