In the absence of a number of senior International lifters, the English championships served as a great platform for the next generation of lifters to prove themselves. 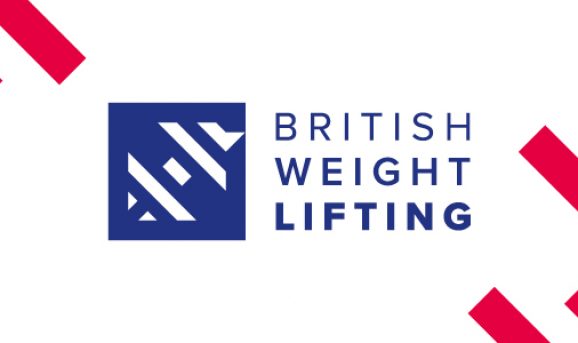 In the absence of a number of senior International lifters, the English championships served as a great platform for the next generation of lifters to prove themselves. There were multiple outstanding performances over the weekend including British record holder Amy Williams and GB lifter Chris Murray.

It was also brilliant to see 4 of team England’s Commonwealth named athletes compete and have a successful run out at the competition showing their brilliant form ahead of the Goldcoast games in April.

It was personal bests and good lifts all round for the Parapowerlifters with Oliver Brown, Louise Sugden and Olivia Broome winning medals ahead of the Europeans in May 2018.
The Para powerlifters were the first to kick start the competition at Stantonbury theatre in Milton Keynes on the Saturday morning. Sita Patel was first to take stage in the W-61 with 3 successful lifts however, Olivia Broome snatched the gold with a 80kg lift. In the women’s +61 Stephanie Probert won bronze with Alfie Wright taking silver with a goof lift of 70kg. The star of this category was ex GB wheelchair basketball player Louise Sugden who hit a competition PB of 100kg and won gold.

Samantha Franklin was challenged by Noorin Gulam who competed in the W48 category for the first time. Noorin proved to be the better competitor on the day as she snatched gold away from her competition with a 3kg lead. Samantha bagged the silver with a 140kg competition total and Loridana Bavetta from Loughborough University Weightlifting Club placed third.

The W53 class did not disappoint as Commonwealth games athlete Kelly Jo Robson moved up a category for this competition and placed third with Jennifer Tong stealing that silver medal with only 1kg separating the two athletes. British Record holder Amy Williams claimed gold with a 166kg total, the Wisdom4weightlifting athlete attempted to break her own C&J record with a 97kg lift but narrowly missed out.

The battle continued as the M69kg class took stage to compete. Christopher Freebury was crowned champion with a 157kg total. Michael Pennington took 5/6 lifts to claim sliver and Alex Braithwaite snatched 108kg and C&J 132 to take home the bronze. Scoop Callard, Hakim Babalola and Neil Tomas also put in top effort however were not successful in placing on the day.

In the W58 category Amber Sheppard won bronze and missed claiming the sliver by only 1kg, a top effort and fight saw Laura Hollobon claim sliver with a 165kg competition total. Olivia Blatch emerged the winner of this group with a large total of 175kg.
In what could only be described as the most entertaining group of the night, the M77 category saw a fight till the last lift for gold. Louis Hampton- Jones claimed a bronze medal taking 4/6 lifts with a snatch of 112kg and C&J of 150kg. Chris Murray had a snatch of 129kg and Shaun Clegg a snatch of 126kg before their opening C&J. Murray C&J 150kg but narrowly missed out on 155kg before proceeding to successfully lift 157kg to steal the English title from Shaun Clegg who C&J 150kg and missed out on 157kg and 161kg.

The W53 were the last group to compete on day 1 and was a group to watch with commonwealth games named athlete Laura Hewitt participating. Jade Hill of Locker 27 comfortably snatched 75kg and 78kg and closely missed her 80kg attempt. Her competition total assured her a bronze medal. Laura Hewitt and Bobbie Ross went head to head for the gold giving every lift their everything. Hewitt started off her competition with a 73kg snatch and then went on to snatch 77kg after a failed attempt. Bobbie Ross was on Laura’s tail from her very first lift with an opening snatch of 78kg. She then proceeded to successfully snatch 81kg and 83kg. Laura opened her C&J on 92kg with Bobbie starting on 93kg. Laura went on to load the bar with 100kg and successfully C&J the weigh, this lift assured her a silver medal. Bobbie Ross however was determined to win the title and added a kg to the bar. With her successful attempt of 101kg she was crowed English Champion in the w58 category. Niamh Broad was keen to make a competition total to quality for the European Juniors however was unsuccessful and closely missed out on the qualifying total.

The W69kg class kick started day 2. The lifter to watch in this group was Grace Lilley with the highest opening snatch of 86kg. Grace was unfortunately red lighted on all 3 attempts due to technical errors. Heather Forde put on a top performance snatching 80kg and C&J 90 to claim the gold in this category. Isabel Murphy with the silver with a competition total of 167kg, just 3kg behind gold and Katey Byrd from Locker 27 won the bronze with 4/6 successful lifts and a total of 162kg.

An impressive amount of weights were thrown around in the M85 category. The men pushed themselves to their limits with the weights they were lifting. Liem Bui-Le took 3/6 lifts to win the bronze, with Nick Cantwell taking 5/6 lifts and making a competition total of 285 to take home silver. Jack Jobson emerged as the English Champion making a competition total of 277kg with a snatch of 133kg and C&J of 160kg. Jack attempted a 167kg lift but missed out.
In the W75 category Emily Pursehouse snatched 70kg and C&J 95kg and narrowly missed 99kg to get a competition total of 165kg to bag the bronze. Rayen Cupid of Crystal Palace Weightlifting only took one successful snatch and one successful C&J but made a high enough total to take silver. Lauren Stephens gave a standout performance on the day getting 6/6 lifts and a competition total of 185kg to win the gold.

The men’s 94 class were next on to compete. Edmon Avertisyan snatched a mighty 152kg but narrowly missed out on his clean and jerks that sadly prevented him from making a total. Aiden Birch from KBT successfully completed one snatch of 131kg and one C&J of 145kg to win the bronze with Ghana Commonwealth games athlete, Forrester Osei making a competition total of 331kg to win silver. Cyrille Tchatchet kept the audience at the edge of their seats as he snatched 155kg and C&J 185kg. He then came out to C&J 197kg for his last lift which if successful would have broken a 17 year old British record, unfortunately though he missed this lift but still ended his competition with a 340kg total and won the gold.
The second last group of the day was the W90 and 90+. Anna Krasnopolska, Emma Collins- Jones and Melanie Chlond went head to head in a battle for the gold with each of them increasing their weights to match the other. Anna emerged the winner after taking 3 successful snatches with her highest being 87kg, she then only needed to take 1 C&J to have the gold assigned to her. Melanie Chlond was forced to add a kg to her C&J after a missed attempt at 96kg to give herself a 1kg lead over Emma who got a total of 172kg to win bronze. Commonwealth games England athlete Emily Campbell competed in the W90+ category set a new English record with a 130kg C&J and another English record with her total of 223kg to win gold as well.

The final group to take stage at the English Championships 2018 was the M105, 105+. The fight was on from the very start with Ramsey Kechacha and Saun Trebillcock. Saun took an opening lift of 122kg with Ramsey immediately adding 3kg to the bar. After a failed attempt by Ramsey, Saun successfully lifted 127kg with Ramsey joining in and snatching 127kg too. Saun ended the first half of his lifting with a successful 131kg snatch. Unfortunately, in an attempt to match this weight Ramsey injured himself and was forced to pull out of the competition with a dislocated shoulder. This opened up the chance to medal for Charlie Stone who snatched 130 and C&J 159kg to secure the bronze medal. Saun Trebillcock managed a competition total of 296kg to win the silver. From the very first lift it was Propser Armstrong who was in the lead with a 145kg snatch and a mighty 177kg C&J to win gold with all-round personal bests.
British Weight Lifting would like to congratulate all the lifters and coaches for their top efforts over the weekend. A massive thank you goes out to all our event volunteers, loaders and Technical Officials who worked tirelessly to make this competition a success.