British records were obliterated at the England Grand Prix as the weightlifting world descended upon Milton Keynes last weekend.

There was plenty of action across the two-day event which featured three platforms that covered Senior, Para Powerlifting, Masters and Development competitions. 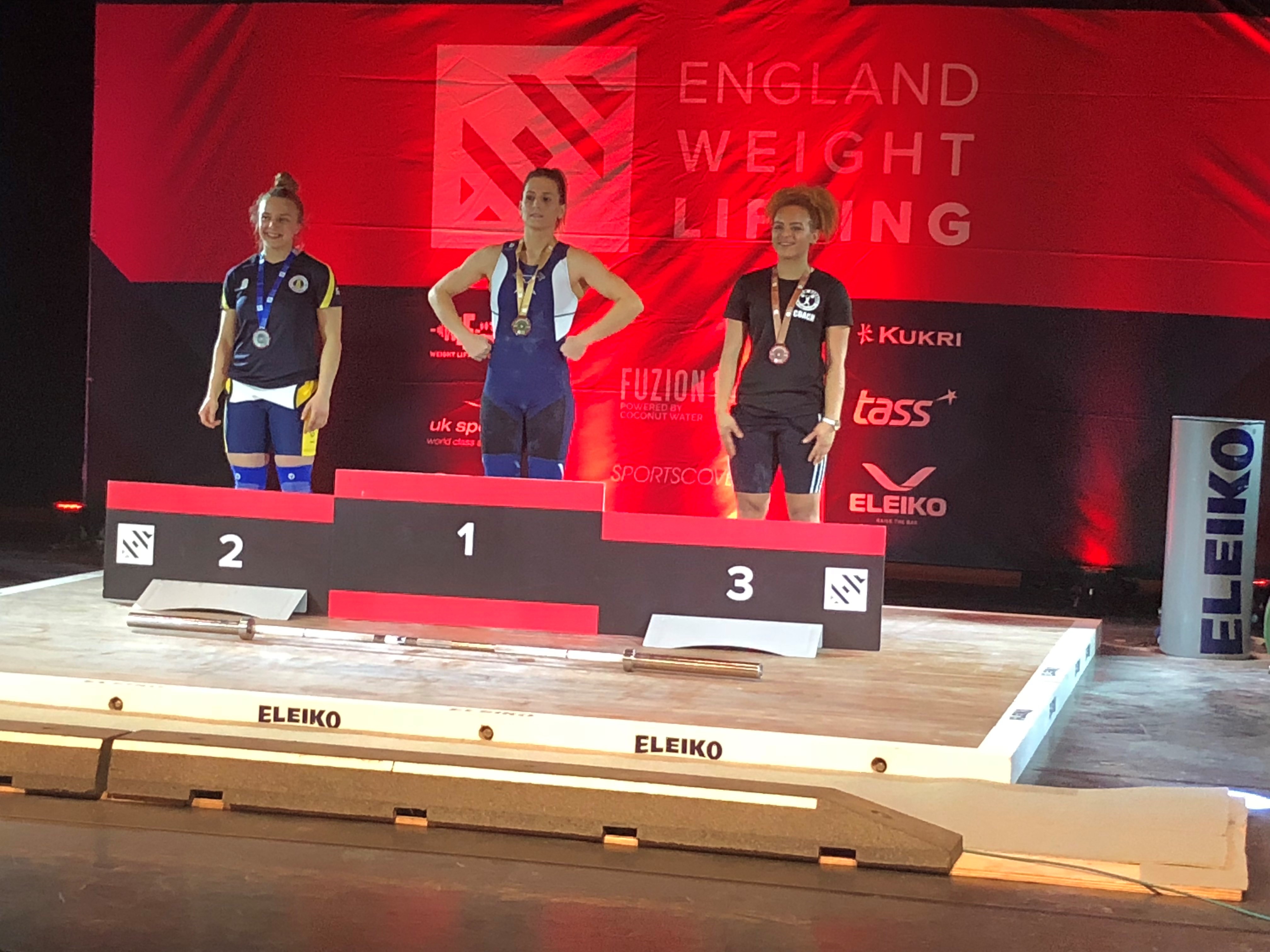 2016 Commonwealth Championships Gold medallist Owen ‘Ivar’ Boxall received a roaring reception in the Stantonbury Theatre as he lifted an incredible 362kg over his head to set a new British record in the Men’s 109kg category.

That total was 12kg higher than the previous standard which he lifted at the British International Open in July. It also secured him a PulseRoll foam roller for achieving the highest Men’s Sinclair score from throughout the weekend.

The Team GB athlete snatched 160kg and then clean and jerked 202kg en route to another English title.

Cyrille Tchatchet II won another England Championship as he continues in his bid to represent the Refugee team at next year’s Olympic Games.

Throughout the event Tchatchet, lifting at 96kg, was being filmed by a Japanese television crew as international interest builds towards Tokyo 2020.

British Olympic hopeful Sarah Davies also made an appearance at the event.

The Commonwealth Games Silver Medallist moved up a division for this event and topped the 71kg class as she continues to train hard ahead of next year’s international Olympic qualifying events.

There were back to back English titles for British international athletes, Omar Keshta, Jonathan Chin, and Olivia Blatch. The latter produced the highest Women’s Sinclair score of the weekend earning her a Pulseroll foam roller.

Jack Dobson successfully defended his Men’s 89kg title from January while Amy Williams added another win to her 2018 triumph.

Kelly-Jo Robson also walked away with gold for the third time in four years.

He completed all three of his lifts and ended the day with an AH score of 173. Callum Lee won the Men’s -72kg title with 94 points.

Two-time Paralympic medallists Zoe Newson came first in the Women’s -61kg category with a score of 103 while Jersey Weightlifting’s Rachel Leck took gold in the 61kg+ division with a points haul of 58.

Newson and Jawad were presented with a foam roller each courtesy of Pulseroll for being the best male and female para powerlifters on the day.

There were also some good all-round performances in the England Development Competition and Master’s events which featured lifters all the way up to 74 years of age.

Anthony Arthur won his category by a huge 99kg winning margin and set a Master’s Championship record by totalling 279kg in the Men’s 96kg 45-49kg class.

Gemma Perigrine and Kathryn Smith also showed some serious strength throughout the weekend by competing in both the Seniors and Masters events on different days.

A full list of results from the weekend are available here: