The British Olympic Association (BOA) has confirmed that one additional Olympic weightlifter has been added to the squad selected to represent Team GB at the rescheduled Tokyo 2020 Olympic Games. 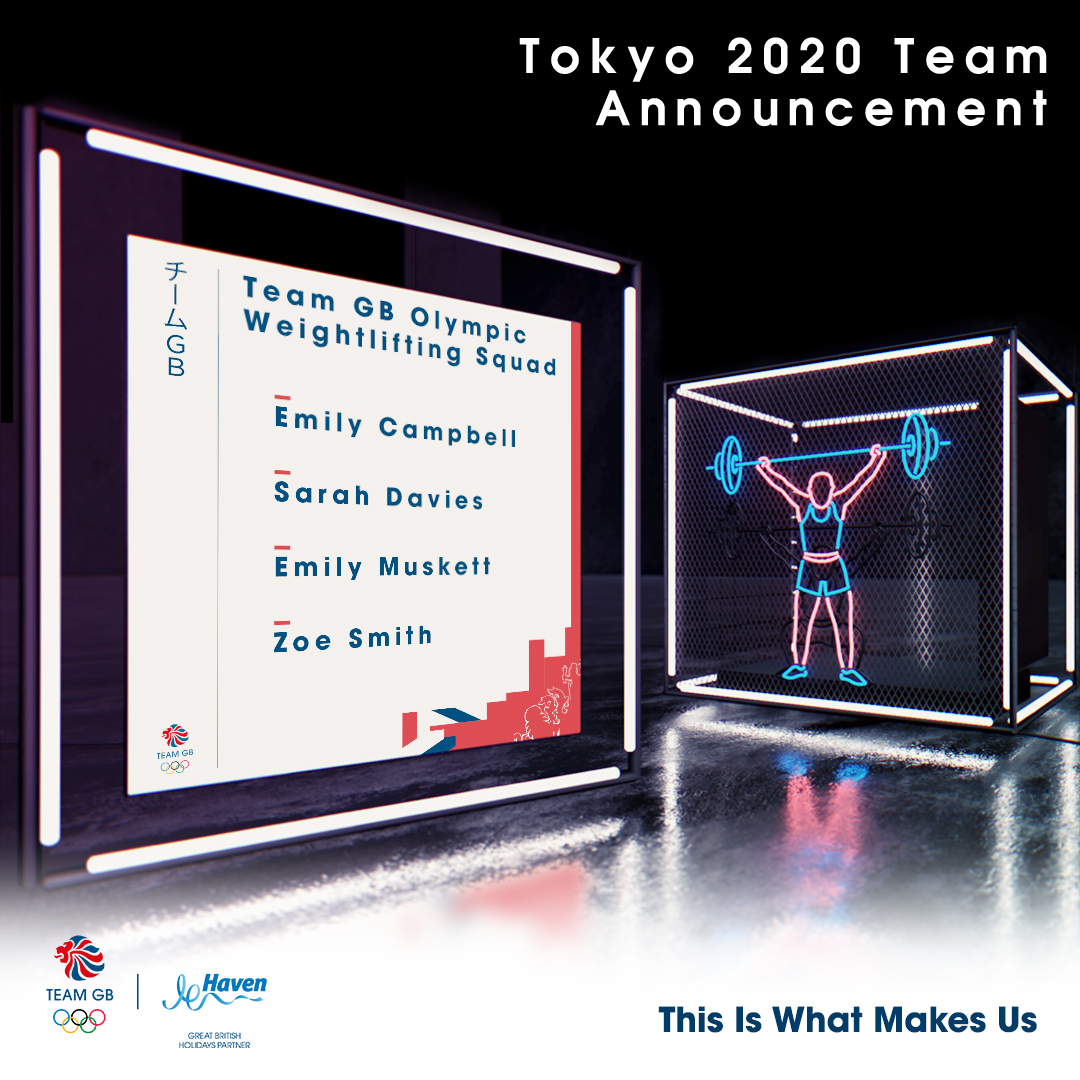 Emily Muskett has been selected to compete in the women’s 76kg category. She placed ninth in the Tokyo rankings following the conclusion of the athlete reallocation process and has qualified via a continental slot after receiving an invitation to lift from the International Weightlifting Federation (IWF).

Earlier this year, she became Great Britain’s first European Champion in 26 years, taking silver in the women’s 71kg Snatch discipline before winning gold in the clean & jerk and overall competition at the 2021 European Championships in Moscow, Russia.

With no women’s 71kg event being held at the Olympic Games, Muskett has moved up a category where she will challenge some of the sport’s best lifters in Tokyo.

The team will be coached by Stuart Martin, Andrew Callard and Dave Sawyer.

Mark England, Team GB Chef de Mission for Tokyo 2020, commented: “We are delighted for Emily on her selection to Team GB for the Tokyo Olympic Games. As a Commonwealth champion and with an historic performance at the recent European Championships, Emily is a fantastic addition to a very talented weightlifting team. We look forward to welcoming Emily and the rest of the team to Tokyo next month.”

Stuart Martin, Team GB Olympic Weightlifting Team Leader for Tokyo 2020 said: “We were absolutely delighted to find out that Emily had qualified for the games. We’re very proud of her for battling through this last 18 months of qualification and for keeping her eyes on the goal over the last few months with athlete allocation being such a complicated process.

“Emily’s accomplishments this cycle have led the way for the team and to have her finally confirmed as a member of the team is so important for all the athletes and coaches. This is the most decorated and experienced team we’ve ever had at the games and the team is over the moon to finish this Olympic cycle together with a full women’s team in Tokyo.”