After two years of forced break due to the pandemic, the 50th anniversary of the Meissen Cup took place on Saturday 1 October. 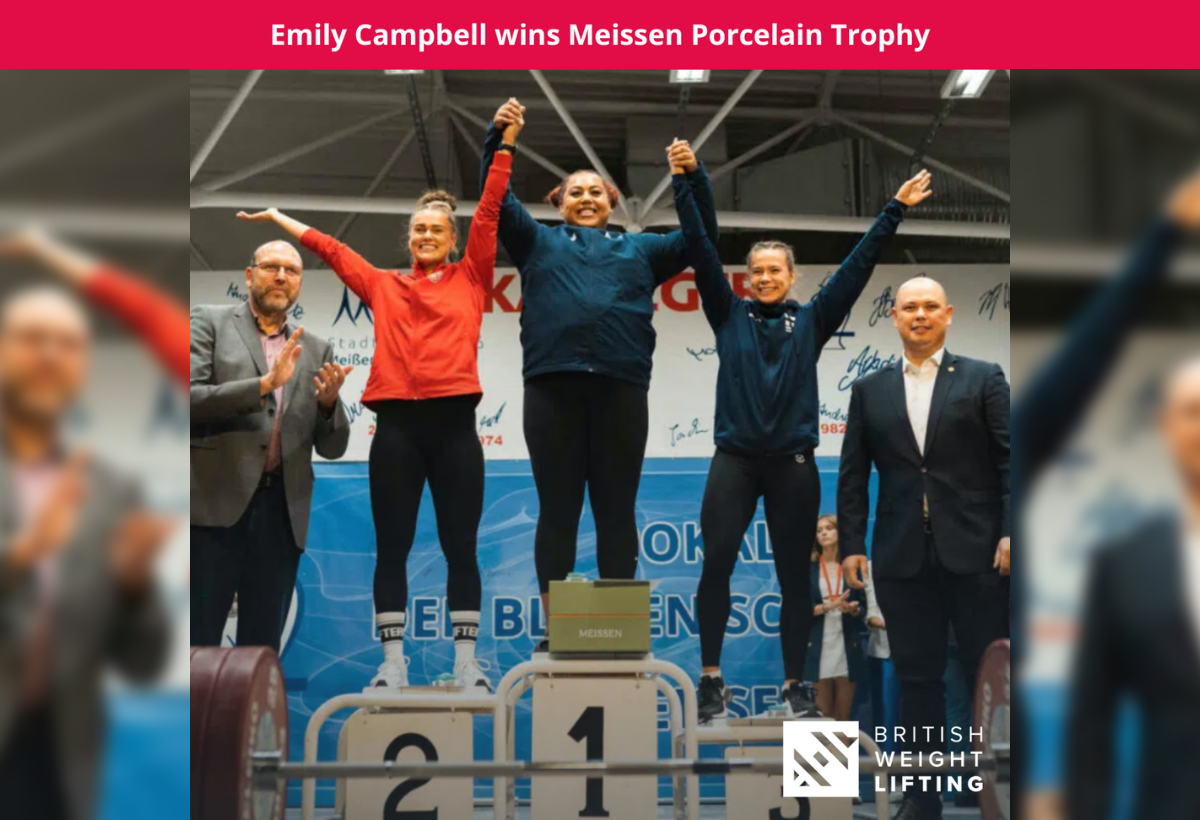 In the men’s event Andy secured his first snatch of 148kg, missed his second snatch of 153kg but secured the weight on his third attempt. In the clean & Jerk Andy successfully lifted 178kg but was unsuccessful at his second and third attempt at 183kg and 186kg. This gave Andy 403 Robi points.

In the women’s event there was no getting past Emily Campbell. The reigning European champion in the +87 kg category secured all six lifts. In the snatch she lifted 113kg, 117kg and 120kg. In the clean & jerk Emily successfully lifted 149kg, 154kg and 158kg, achieving 538 Robi points and thus relegating Denmark’s Line Gude (479 points) and Finland’s Saara Retulainen (470 points) to second and third place.

British Weight Lifting CEO, Matthew Curtain has commented “It was great to see Andy and Emily compete at the Meissen Cup. Another win for Emily continues to secure her position as reigning champion, a fantastic performance! I would like to thank the organisers for putting on the competition.”