A sensational showdown at the Fazza Dubai 2021 Para Powerlifting World Cup went to the wire and saw Micky Yule successfully defend his top 8 position in the Tokyo 2020 Rankings on bodyweight by just 20 grams due to a brilliant last lift in the final qualifier before this Summer’s Paralympic Games. 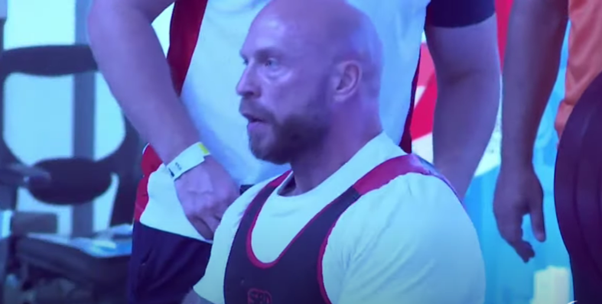 The European and Invictus Games Champion lifted 185kg to finish sixth in the Men's up to 72kg competition, but crucially retain the all-important eighth position required in the Tokyo Rankings

Yule was tied with Thailand’s Thongsa Marasi with them both lifting the same weight, but the British lifter came out on top courtesy of a lighter bodyweight with 0.02kg being the difference in the end.

The Scottish lifter put in a perfect performance on the day with success in all three of his attempts generating nine white lights from the technical officials adjudicating the contest.

Thongsa entered the event lifting a good effort of 180kg. Yule opened with a successful lift of 183kg which was 3kg more than his best effort in Manchester where he won Silver in the heavier 80kg division.

In round 2 Thongsa missed his lift of 183kg and Yule was able to capitalise by landing 184kg. However, in the final round Thongsa lifted 185kg to move ahead in the Tokyo rankings.

Overall, 17 lifters were competing in the event. Gold went to Bonnie Bunyau Gustin of Malaysia who lifted 221kg in the competition but set a World Record of 230kg after being granted a fourth attempt in the powerlift phase.

Great Britain’s Mark Swan won Junior Gold and Senior Bronze in the Men’s up to 65kg category earlier in the event while Liam McGarry is due to compete tomorrow in the Men’s over 107kg category.