The DSAuk National Dwarf Games is a competition weekend held annually for people with dwarfism to take part in a variety of sports including Powerlifting, Athletics, Table Tennis, Shooting, Cycling, Swimming, Team Sports, New Age Curling and Balance Bike Races. This year, the event was held from Friday 29 April to Sunday 1 May at the Aldersley Leisure Centre in Wolverhampton. 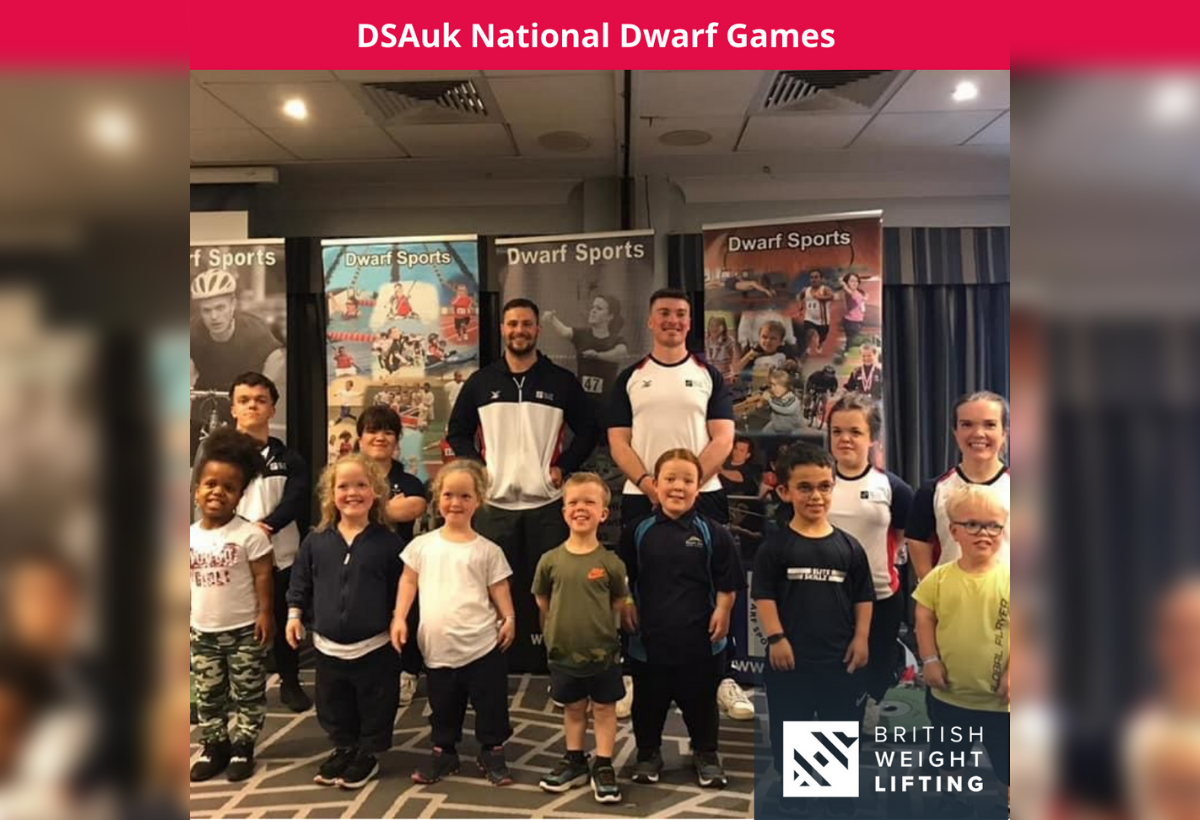 On Friday, British Weight Lifting attended the Games and put on 3 taster sessions to give attendees an overview of Para Powerlifting, and to give everyone a chance to try it. The day ended with a competition, giving the attendees an opportunity to experience the competition environment and see if it is something they want to pursue.

The sessions began with Connor and Harry giving a presentation on the sport and explaining basic rules to the group, there was then an open discussion with athletes on how they got involved in the sport and why they enjoy it.

Tom Smith, Junior World Champion, had the following to say about the event ‘It was a great day to see so many new faces showing an interest into Para Powerlifting, where many of us athletes began our journey at the same competition and being there to give them an insight into what being a Para Powerlifter is like.’

The group was then split into smaller groups paired with an athlete. They were taken through a warm up and then got chance to try out benching for the first time.

The day ended with a competition, which anyone who had been through a taster session could get involved in. There was an exciting display of strength and potential talent, and we hope the day inspired some individuals to get involved in the sport.

Rebecca Bedford got involved at the competition, stating ‘It was a great atmosphere with the crowd and the other athletes. I was really happy to get 3 good lifts.’

Not only is the DSAuk National Dwarf Games an exciting event for those attending and trying out sports, but it serves as a talent spotting session for the British Weight Lifting coaching staff. Several of the athletes on the World Class Programme were introduced to Powerlifting through DSAuk events, so it was great to see some of them returning to share their stories.

Kim Dean reflected on the event ‘I love this event; it is a great way to introduce the next generation of young people to the sport. The kids that came along had a great time and hopefully some of them will be inspired to get involved further.

The competition, hosted by DSAUK, has led to talent spotting previously and hopefully we can continue to grow the squad via this event.’

Junior World Champion Olivia Broome added ‘It was really good to have so many people interested in trying the sport where they were able to hear some of the athletes’ journeys from the games to now and just to show them what the sport is like.’

British Weight Lifting would like to congratulate the staff and athletes involved in the event and we look forward to getting involved in more events like this moving forwards. 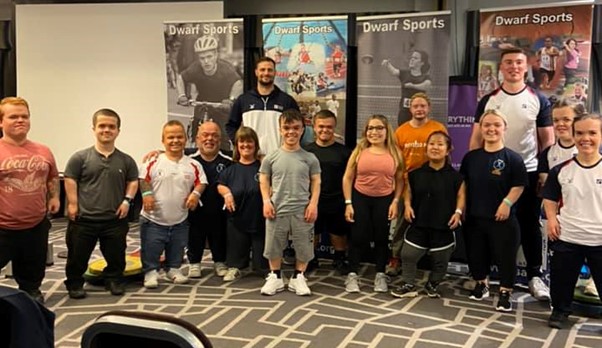 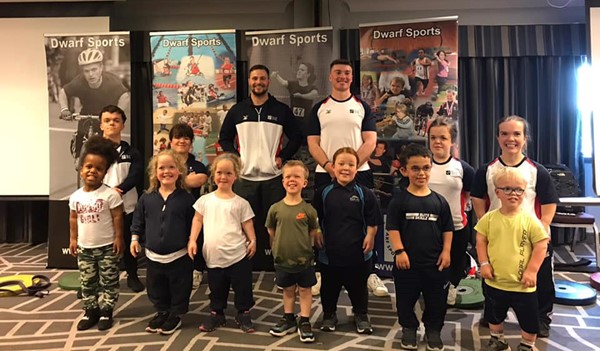 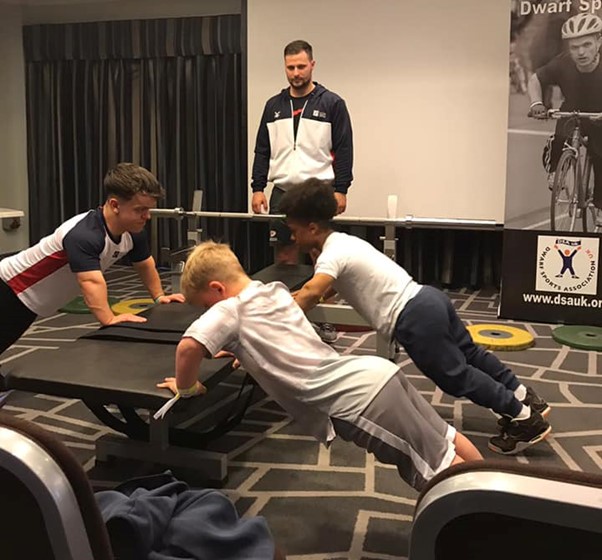 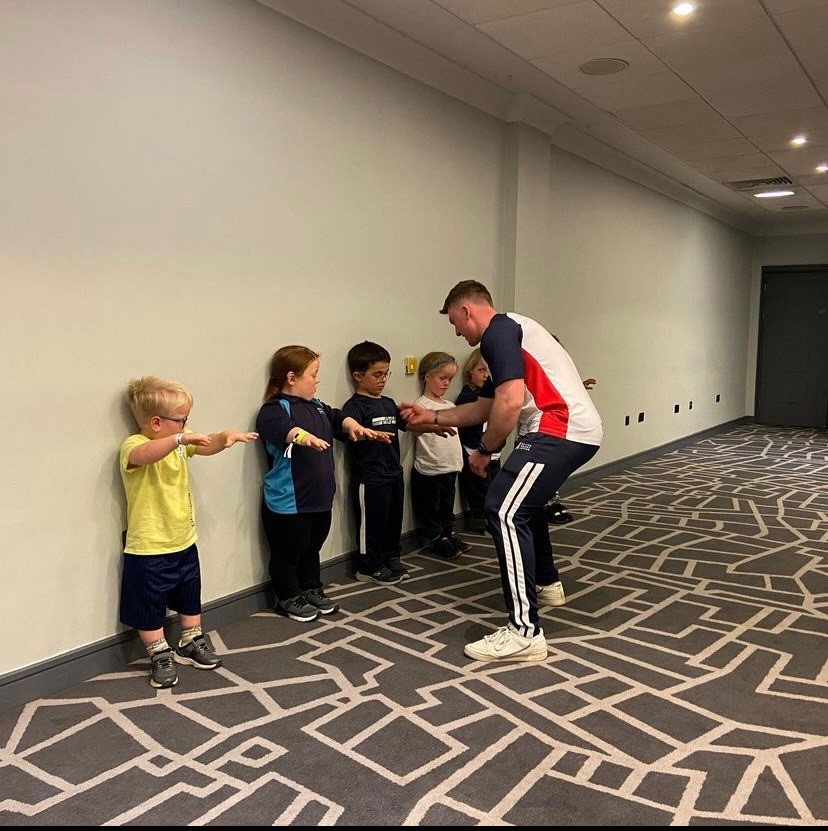