World Cup Day 4: Gold for Sugden and Bronze for McGarry 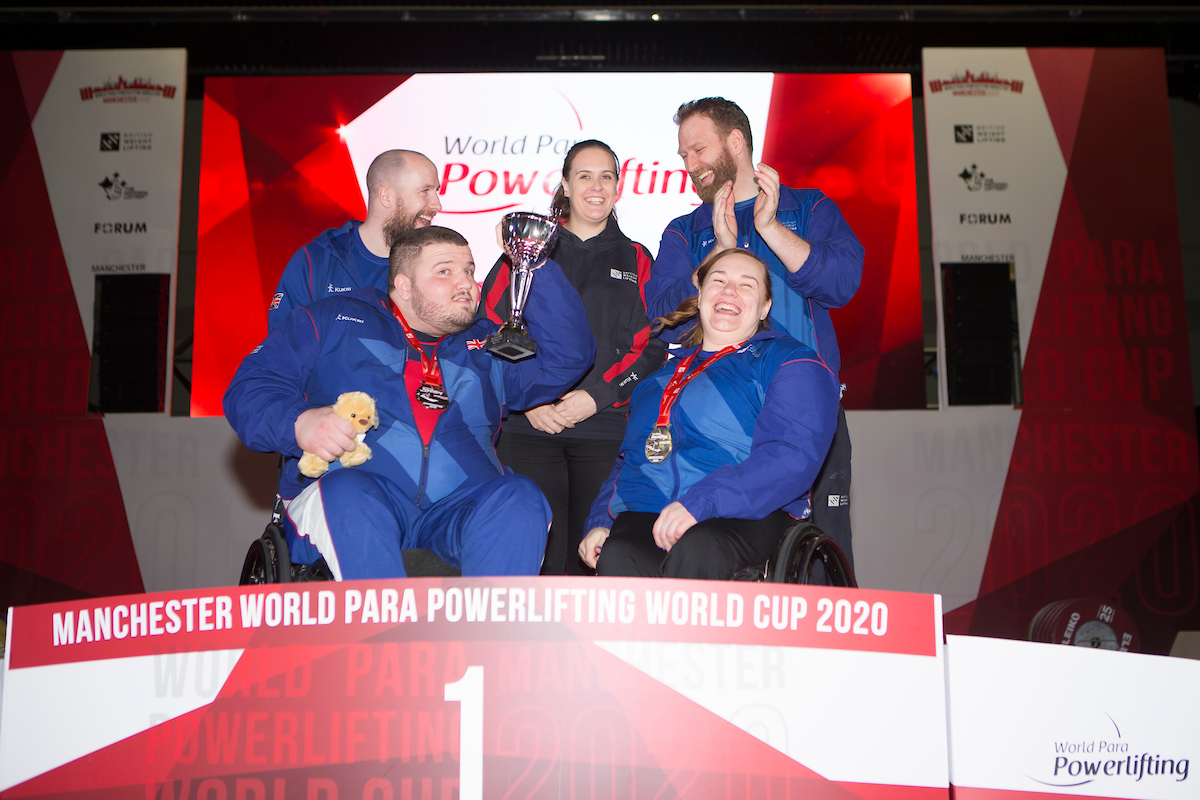 It was a record breaking morning on the final day of the World Para Powerlifting World Cup. Louise Sugden broke the British record twice, lifting both 123kg and 125kg. She also took gold in the up to 86kg class, presented by The Alexandra Hospital.

Perla Barceanas (Mexico) also broke the Americas record with her clean 142 kg lift in the second round of the over 86 kg class.

Speaking after the event Sugden said: “I am delighted. I got exactly what I came here to get. I’m really pleased with my technical performance and really happy to get another British record.

“I’ve not had the best couple of months in the build up to this one, but I had a really good spell right before Christmas which meant that I was able to get my goal of 125kg today.

“It's made me harder to catch. I’m defending my Paralympic ranking to make sure I’m in that top 8 in April.”

The final session of the competition saw the weights lifted reach 240 kg as the up to 107 kg and +107 kg classes took to the floor.

GB’s Liam McGarry delighted home crowds on his international debut, lifting a clean 180 kg in round 1 in the +107 kg category.  Shamo Aslanov (Azerbaijan) was the first athlete of the competition to take the weights over 200 kg with his 205 kg attempt. He was unsuccessful, and it was Anton Kriukov (Ukraine) in the up to 107 kg class who was the first athlete to successfully lift in this region, with their 230 kg lift in round 1.

In the up to 107 kg class, it was clean lifts for all athletes in round 2, with Kriukov extending his lead with a massive 240 kg lift. He attempted 244 kg, and a European record, in his third and final lift, but was unsuccessful. However there was more excitement to unfold, as he was eligible to attempt to break the world record of 247 kg. A showman through and through, Kriukov let the suspense build before confirming that he would attempt to break the record with a 247.5 kg lift. It wasn’t meant to be on this occasion, but he certainly demonstrated why he deserved to be on the top of the podium.

In the +107 kg class, the weights got the better of all bar one athlete in the second round, with only Konstantinos Dimou (Greece) managing to a clean lift; his 222 kg effort taking him straight into pole position. It was all to play for in the third and final round.

McGarry’s clean 185 kg was quickly followed up by 187 kg from Marek Kamzik (Slovakia). This was enough for both athletes to join Dimou on the podium. Dimou did attempt to lift a new European record of 231.5 kg, but couldn’t quite achieve the press sequence.

Speaking about the roaring reception he received, McGarry said:  “Since I have had my injury they have been by my side from day one. This medal is for everyone who came out for me today.

“Without them I would be nowhere. They give me the courage to wake up everyday and train; they’ve given me the motivation to do it.

“This is just the start for the McGarry clan. I hope there are plenty of Paralympic Games on my journey too.”

British Weightlifting would like to thank their event hosting partners for supporting us in being able to host the Para Powerlifting World Cup - huge thanks to UK Sport, Manchester City Council and Wythenshawe Forum.

BMI The Alexandra Hospital women’s up to 86 kg

If the Manchester 2020 Road to Tokyo World Para Powerlifting World Cup has inspired you to get involved with para powerlifting or weight lifting, click here to find out how you can get started.