It is with great sadness that British Weight Lifting have recently learned that David Prowse has passed away at the age 85.

British Weight Lifting would like to send our deepest condolences to his friends and family.

Not many people in the world of weightlifting can claim to have coached a Kryptonian, been idolised as a road safety superhero by thousands of British school kids, then subsequently struck terror into their heart’s years later as a Dark Lord of the Sith. 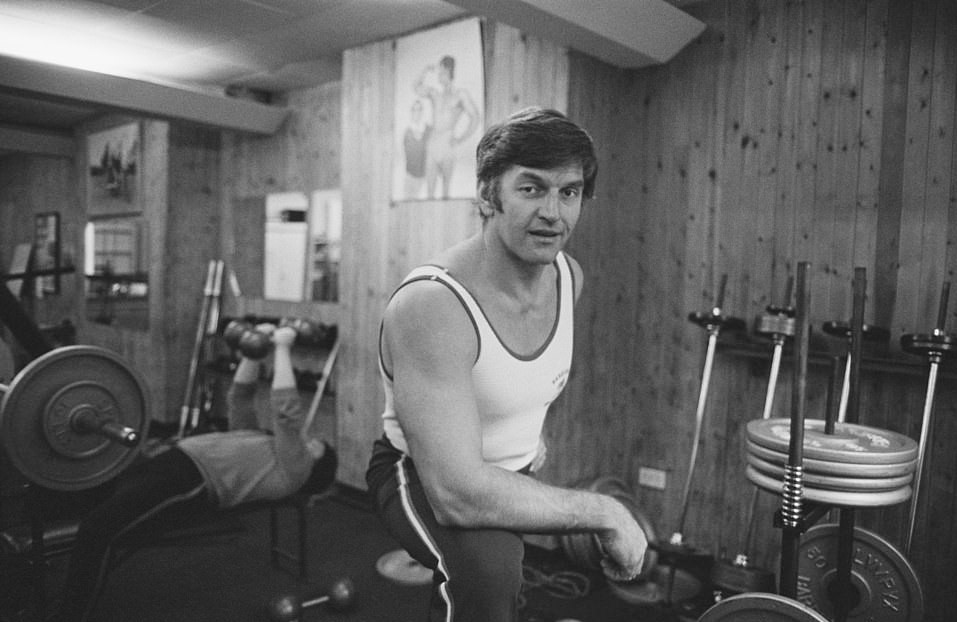 But then again, David Prowse wasn’t your regular weightlifter. As well as winning multiple national weightlifting titles, he appeared in over 70 films, including Stanley Kubrick’s A Clockwork Orange and George Lucas’s Star Wars.

His portrayal of Darth Vader is often cited as one of the most iconic Hollywood villains that tinsel town has ever seen.

On Twitter, Star Wars star Mark Hamill paid tribute to his opposite number.

“So sad to hear David Prowse has passed,” said the actor who played Luke Skywalker. “He loved his fans as much as they loved him.”

The bodybuilder was perfectly cast to fill the boots of the Ralph McQuarrie designed samurai suit due to the powerful presence offered by his 6 ft 7 frame.

“David brought a physicality to Darth Vader that was essential for the character,” said Star Wars creator George Lucas.

“He made Vader leap off the page and on to the big screen, with an imposing stature and movement performance to match the intensity and undercurrent of Vader’s presence.

“David was up for anything and contributed to the success of what would become a memorable, tragic figure. May he rest in peace.”

Weightlifting provided the ideal route for Prowse to reach peak physique for the role. It was a hobby he took up to gain strength after being bed bound in hospital during his teenage years.

After nine years of training, he started competing in Mr Universe at the age of 25 in 1960 where he would later train and face off against his friends Arnold Schwarzenegger (The Terminator) & Lou Ferrigno (The Incredible Hulk).

The Bristol-born bodybuilder clinched a bronze medal at the British Amateur Weight Lifters Association (BAWLA) Heavyweight Championships in 1961 before going on to win the event outright for the next three consecutive years. During that period, he also won the English title as well.

In October 1963, Prowse married Norma Scammell who remained his wife until his death. The couple had three children together, Steve, James and Rachel.

While competing, Prowse sold weightlifting equipment domestically, wrote event reports for fitness magazines covering competitions up and down the country and also helped the BAWLA with the organisation of a one-off Mr Universe Bodybuilding event.

Often his pieces would be published under pseudonyms to comply with the amateur ideals that athletes had to abide by at the time.

As a result, his work to raise awareness of weightlifting in the media often did not receive the recognition it deserved, until 2011 where he revealed all in his biography ‘Straight from the Forces Mouth’.

During his weightlifting career, Prowse represented Great Britain at the 1962 World Championships in Budapest alongside the late great Four-Times World Champion Louis Martin.

A couple of months later he formed part of the England squad that competed in The British Empire & Commonwealth Games in Perth, Australia.

While Prowse didn’t total at either event, he remained in contention to represent Great Britain at the Tokyo Olympics in 1964, before narrowly missing out on the final team.

However, like Jason Statham would later emulate in diving, Prowse had the power to transcend the Commonwealth sport in which he originally made his mark.

His domestic performances would later springboard him to acting success elsewhere while also attracting attention back to his original discipline.

After being in contention to play Superman, Prowse was tasked with getting Christopher Reeve into shape for the role before pounding the pavements as the Green Cross Code Man in a series of road safety films during the 1970s.

He toured many schools as part of the latter role which eventually earned him an MBE courtesy of the Queen in 2000 for services to road safety and charity.

In the late 1970s, George Lucas came calling for Star Wars and Prowse took on the role of Darth Vader, a part he would play in all three films in the original trilogy.

While Prowse provided the physical performance under the armour, his West County accent was dubbed in post-production with James Earl Jones providing the iconic deep vocals.

Sebastian Shaw controversially played the part when the mask was removed in Return of the Jedi. However, the powerful physical performance by Prowse still remains popular today and his masked depiction has often been revisited in modern media.

Hayden Christensen took inspiration from Prowse’s prowess when he eventually donned the black suit in the Star Wars prequel trilogy while more recently in Rogue One the role of Vader was shared between stuntmen Spencer Wilding and Daniel Naprous.

In 2014 Prowse revealed he was diagnosed with dementia and he officially retired from public appearances four years later.

He passed away on the 28th November 2020 after a short illness, his agent Thomas Bowington confirmed.

"May the force be with him, always!" Bowington said.

"Though famous for playing many monsters - for myself, and all who knew Dave and worked with him, he was a hero in our lives."

Prowse’s legacy will see him continue to be held in high regard by budding bodybuilders, lightsaber wielders and weightlifting enthusiasts all around the world and he will be sorely missed by all.