British Weight Lifting is pleased to announce that Cyrille Tchatchet II has been elected to serve as a member of the International Weightlifting Federation (IWF) Athletes' Commission.

British Weight Lifting had endorsed two athletes to stand and represent Great Britain in the elections. Cyrille Tchatchet II and Emily Muskett both released manifestos in the lead up to the elections, and the elections took place in Bogota, Colombia between 5-16 December 2022 at the IWF World Championships. 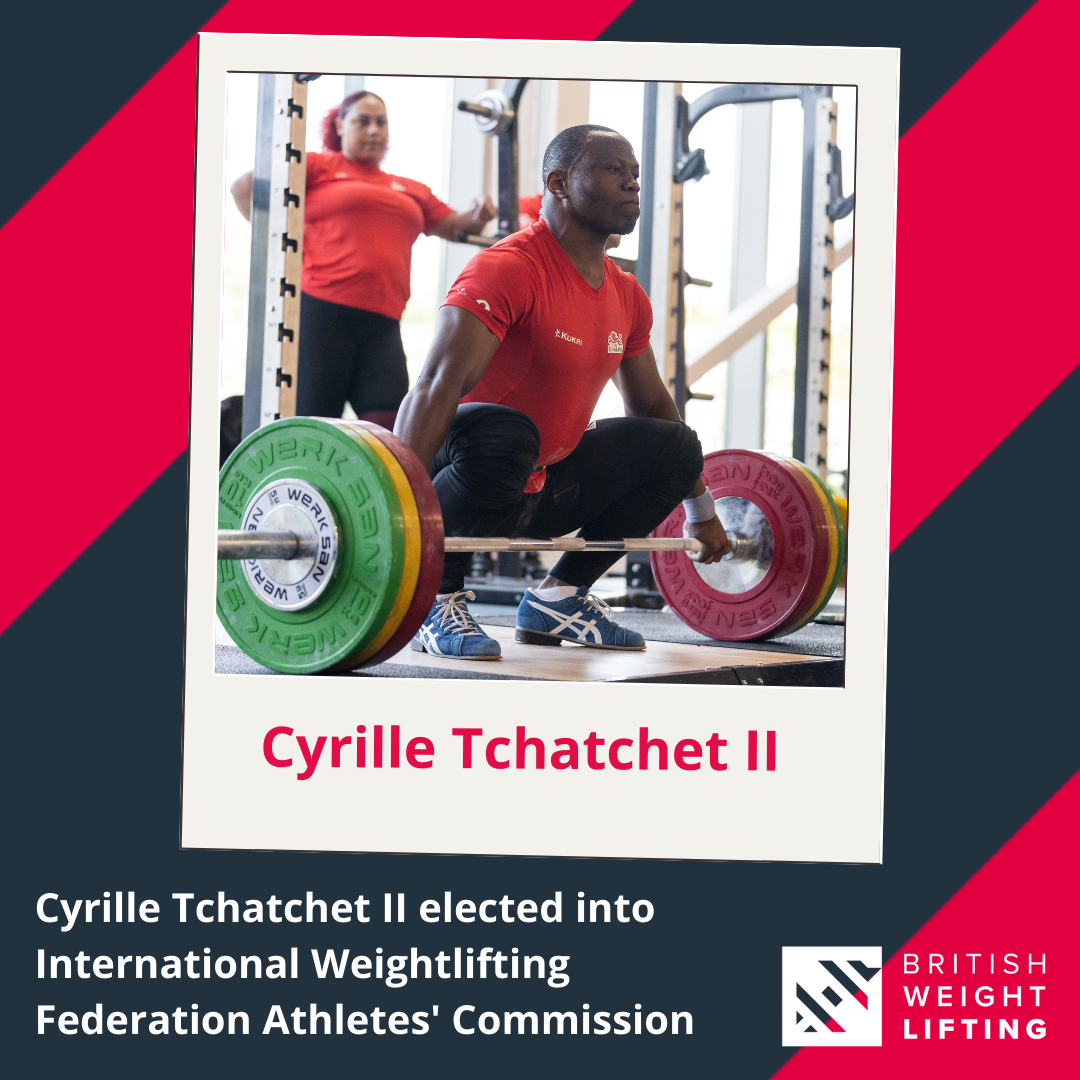 On the 16 December, the International Weightlifting Federation (IWF) revealed the ten (10) athletes elected to serve as members of the IWF Athletes’ Commission until the 2024 Electoral Congress held after the Olympic Games in 2024.

The successful candidates, who include five (5) men and five (5) women representing all five (5) continents, are:

This is the first time elections have been held for the IWF Athletes’ Commission, reflecting the federation’s commitment to ensure a strong athlete voice is represented across all decision-making.

Each competing athlete was eligible to cast their vote, choosing from a list of eighteen (18) candidates approved by the IWF’s independent Eligibility Determination Panel.

Cyrille commented on his appointment:
“I am delighted to be elected into the IWF Athlete’s Commission. This is a big responsibility and an honour to represent athletes at the highest level. I would like to thank athletes who made the time to cast their vote during the 2022 World Weightlifting Championships in Bogota, despite their busy schedules and competition pressures. This is a historical election and a new beginning for weightlifter’s voice in weightlifting matters. I am looking forward to working with my fellow colleagues for the betterment of our sport and making sure our voice is heard..”

British Weight Lifting would like to wish Cyrille every success in this role, it is an honour to have him represent Great Britain in this capacity.