England Weightlifting are delighted to announce a 13 strong Team to compete at the 2017 Commonwealth Championships in Brisbane, Australia from 3-9 September. 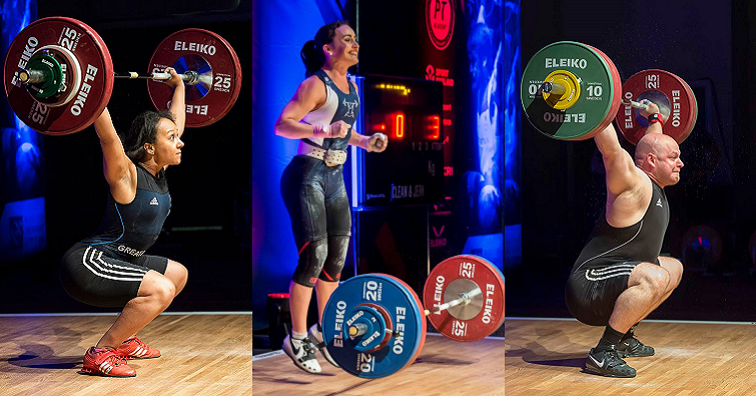 The team includes 2014 Commonwealth Games gold medallist, Zoe Smith and bronze medallist Ben Watson, both of whom are recovering from long term injuries and will be keen to demonstrate their fitness and that they can be firm contenders for success on the Gold Coast next April.

Other British Champions Edmund Avetisyan,  Fraer Morrow, Laura Hewitt (58kg) along with 2016 Olympian Rebekah Tiler (69kg) also sit strongly in the current Commonwealth Games rankings  and will have the option to compete at the European Junior & U23 Weightlifting Championships in October.

Owen Boxall, Sonny Webster and Emily Godley are also deemed to be safe in their categories and have not been selected at this stage due to injury.

BWL Chief Executive Ashley Metcalfe stated: “We are thrilled to be taking a much larger squad than originally anticipated to the championships this year, as our aim is to give the individuals the best and fairest chance to move up their respective category rankings and qualify for the Commonwealth Games next April.”

“With the Championships being held in the same arena as the Commonwealth Games, it’s a really exciting opportunity for all of the lifters competing to replicate the experience and atmosphere they will face at the actual Games.”

Further opportunities prior to the October 31 deadline will be sourced back home for all lifters to prove their fitness and medal potential for the Commonwealth Games, including the Northern Irish Open in October.

Following the Commonwealth Championships in September, the final team selection for the Commonwealth Games 2018 will be decided by October 31st.  A series of England training camps will then take place between October 2017 and April 2018 ensuring the English lifters are in peak condition for the games in Brisbane.

Selected lifters for the Commonwealth Championships 2017