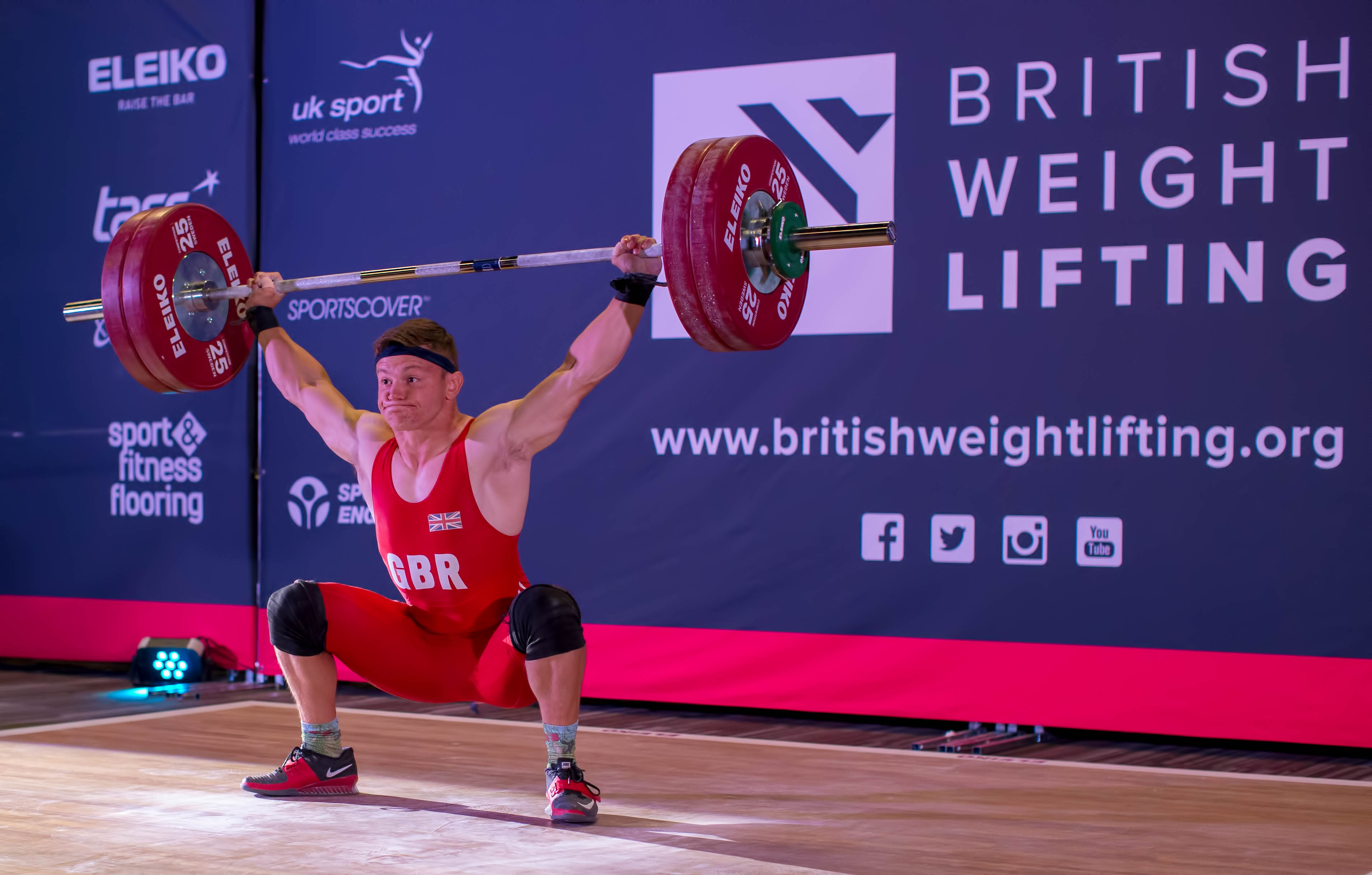 Murray successfully opened with a snatch of 133kg, but then missed his next three successive lifts. However, on his 5th attempt, he hit 152kg to check out with an event total of 285kg.

That was enough to earn the young lifter a bronze medal in the British International Open.

Ireland’s Sean Brown was runner up with 304kg and like Murray, he also only hit two of his six attempts.

The event was won by Rio Olympic bronze medallist Denis Ulanov who was representing Kazakhstan. He lifted a total of 325kg after electing not to take his final snatch and last two clean and jerk attempts to save himself for future competitions

Speaking after competing Murray said: “I am really happy actually. It just wasn’t going right in the warmup room. Lost my head a lot and that is just something that I need to work on.

Despite these frustrations, it’s been a good year for Murray so far. He collected a second English title at the start of the year in Milton Keynes and also represented his country at the European Senior Championships in April.

A few days after competing at the European event he flew back from Batumi in Georgia to help Loughborough win the British Universities & Colleges title in Twickenham.

As well as winning a British International Open bronze medal at the Ricoh, the Loughborough lifter also picked up a national title for the second year in a row.

In 2018 he topped the table in the old 77kg category ahead of Jamal Isaac-Shah.

“I am really happy that I was able to come out and make a clean & jerk because it wasn’t looking likely at one point, that was the main aim coming in.”

The result was a relief for Murray considering he failed to finish at the Ricoh Arena two years ago after having his only successful clean and jerk attempt overturned by the jury.

This time around he was able to get that all-important total, even with the added pressures of university work as well.

“I had exams in the build-up so a bit of stress but the main aim of coming here was to win,” said Murray.

“The next one was to make lifts which I didn’t quite do, but I felt like I made the decisions that would have helped me make lifts. I didn’t open too heavy. Just dealt with it as it was.”

For now, Murray is heading back to the gym, but it won’t be long before he is back on the platform.

“Back to training now.  I’m competing in Lille with Oxford Powersports in two weeks, but the next big one is the European U23’s, or the U20’s for me, so I’m just going to put in a decent shift and start working towards that in October.”