The final round of the BWL Midlands Series was held last weekend at MSC Performance in Birmingham. 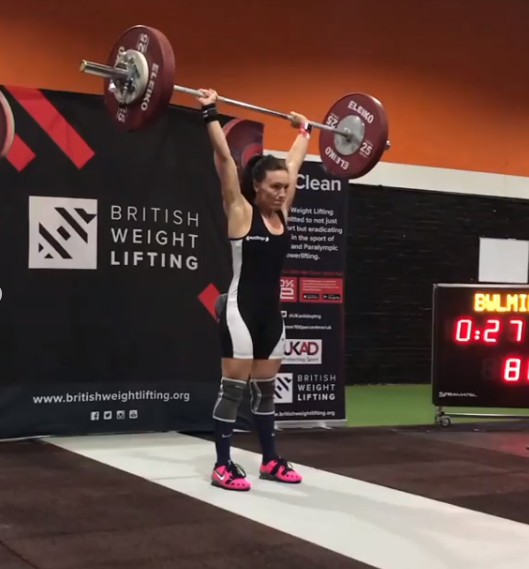 Both are set to scoop £250 in prize money for topping the respective rankings after three hard fought rounds.

Round three featured over 50 entries and only a hand full withdrawals, so there was a full day of lifting on display.

Heading into the event Ruiz was in a comfortable position having accumulated a 25-point lead over Phillip Dee after the first two rounds which were held at the Derby Arena and MSC Performance.

However, Dee was forced out of the final event due to injury, so Ruiz just had to make a total, which he did in style hitting new bests in the snatch with 87kg and 133kg in the clean and jerk which earned him a total with 200kg.

That total earned him 761.14 points and the Gold medal. Second place went to Luke Mander from Warwickshire WLC with 559.37 points, and Matt Reid from Atlas WL Centre rounded off the podium with 507.55 points.

In the Women’s competition there was some brilliant lifting all round but especially from Asker who managed to equal her current personal best snatch of 64kg snatch and 73kg clean and jerk.

Combined with her scores from Series 2 that result propelled Asker into the gold medal position with total points of 371.45.

Stephanie Kotterer took second and the silver medal with 343.55 points and the bronze medal was won by Lianne Sellors who managed to pick up 329.67 points.

“It was a good day of lifting and everyone appeared to enjoy their time on the platform. We kept the competition moving and finished 30 minutes ahead of time”

The next major event on the BWL competitions calendar is the England Grand Prix which is taking place this weekend at Stantonbury Theatre.  Tickets are available to buy here.