British Weight Lifting (BWL) is delighted to announce the appointment of Matthew Curtain as its new CEO / General Secretary. As a dual British and Australian citizen, Curtain is well-renowned both internationally and within the United Kingdom and joins the organisation with over 25 years of leadership experience. 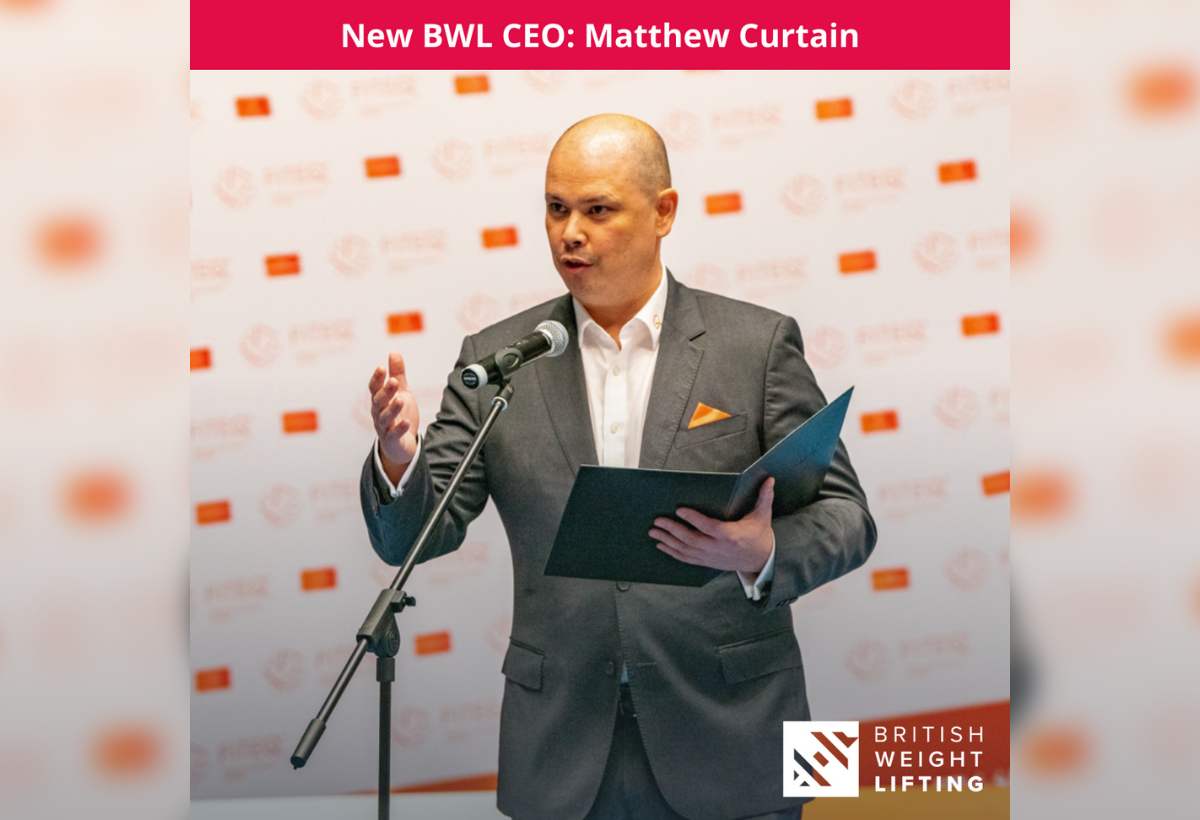 Outside of strength sport, Curtain served as the first-ever Director of Sport for the Commonwealth Games Federation, Chairman of the Netball World Cup 2023 Bid Evaluation Committee, and since 2018 as Sport Director of the International Teqball Federation (FITEQ).

In announcing Curtain’s appointment, BWL Chairman Angus Kinnear said “I am delighted that we have been able to secure Matthew as our new Chief Executive Officer. Matthew has a wonderful track record of professional success across multiple sports and dedication to Weightlifting as both an athlete then an administrator makes him the perfect appointment to take British Weightlifting forward at both elite and grassroots level. I would like to thank Ashley Metcalfe, our outgoing CEO, for his 9 years of passion and commitment to our sport’’.

New BWL CEO / General Secretary Matthew Curtain said: “Against the backdrop of Emily Campbell’s silver medal at the Olympic Games Tokyo 2020, three medals won by our para powerlifters at the Paralympic Games, and BWL’s new strategic vision Stronger Together, this is an exciting and transformational period to join BWL. As an athlete-centred sport business, my focus is to ensure that our talent and performance ambition, and its positive impact, continues to be showcased inclusively throughout our diverse membership and local communities. But at the same time, to drive, inspire and create more value for BWL in being the core enabler to promote the United Kingdom a fitter, healthier and stronger nation.”

FITEQ Chairman Viktor Huszár said “Matthew leaves FITEQ with an impressive legacy having established Teqball’s inaugural sport governance and management strategies. But in particular I recognise his leading role in overseeing the federation’s success in becoming the fastest-recognised full member of GAISF; introducing a robust anti-doping programme that led to WADA Code Signatory status; helping shape a youth-focused and dynamic format that achieved medal sport status at the 2023 European Games; prioritising inclusivity through establishing para teqball; and growing the global footprint of the sport significantly to its current status of 141 National Federations. We thank Matthew for his outstanding contribution, and we wish him every success in his new role.”