British Weight Lifting are delighted to announce the winners of the 2019 Annual Achievement Awards. 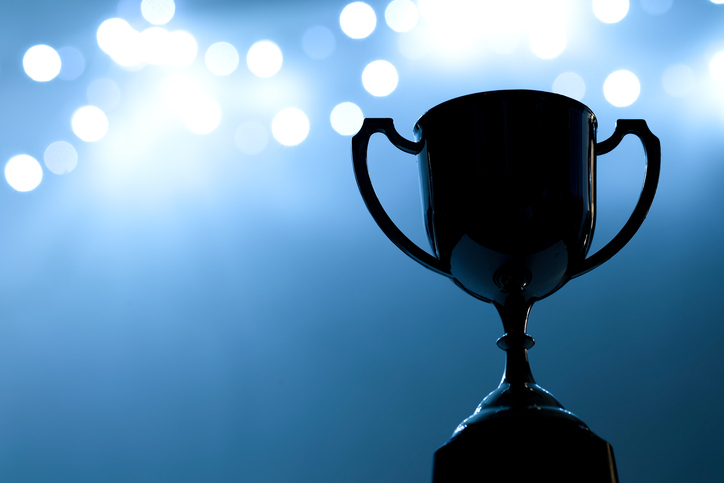 As the number of competitions across the country continues to grow annually, the role that volunteers, athletes, clubs and coaches play in our sport is hugely appreciated by British Weight Lifting.

The Annual Achievement Awards are designed to recognise the hard work and excellence that is on display throughout the weightlifting and para powerlifting community.

They aim to showcase the very best of the sport from the grassroots gyms, all the way to the international arena with the winners being carefully chosen by a BWL selection panel.

Normally, the Annual Achievement Awards are presented at the British Senior Championships in June each year, but as these have been postponed due to Covid-19, we want to recognise the recipients immediately.

Therefore, we are delighted to announce that the following winners have been recognised for their outstanding efforts throughout the 2019 calendar year.

Emily Muskett helped Great Britain return to the upper echelons of the weightlifting world by clinching the nation’s first World Championship medal in over 25 years when she won Bronze in the Women’s 71kg Clean and Jerk in Pattaya last September. She also enjoyed success across the globe in a year that saw her take Commonwealth Championships Gold in Samoa, win an Arafura Games title in Australia, secure Silver medals at the European Championships in Georgia and medal at the Tianjin World Cup in China. Along the way, Muskett also smashed the British standards three times to round off a truly remarkable year.

A strong season for Louise Sugden saw her win Gold at both Ready Steady Tokyo, and the Eger World Cup, as well as clinching Bronze on a dramatic final day at the Dubai World Cup. Those results have seen her make significant progress in-line with Paralympic medal projections. Sugden also set a new British Record in the Women’s 86kg category at the British Championships (116kg), which she subsequently broke at the World Championships in Kazakhstan where she lifted 120kg.

An outstanding prospect, Michael won Junior Silver for Wales at the Commonwealth Championships in the Men’s 67kg category and took 4th in the Seniors hitting 115kg and 146kg. He also placed 13th for Great Britain at the European Junior Championships in the same category. Domestically, Farmer holds the British U20 and U23 Records in the M67 category (118,146,261).

Olivia Broome continues to excel at a young age and perform at an incredibly high standard. She swept both the Junior and the Senior titles in the Women’s up to 50kg class at Eger World Cup. At the end of the year, Olivia ranked second in the up to 50kg Junior World Rankings and eighth in the same division at Senior level. She also set a new British Record in the Women’s 61kg category at the 2019 British Championships by lifting 96kg.

Andy Seaber secured another Masters World Championship title last year by taking Gold in the Men’s 60-64 age group, 67kg category. He also set a string of continental records at the European Championships in Finland. Those results add to an impressive list of international accolades that is now well into double digits and saw him previously inducted into the Worldwide Masters Hall of Fame. Seaber is also an active technical official domestically and regularly helps out at BWL national and regional events.

Club of the Year- Atlas

The incredible Atlas coaching duo of Dave Sawyer and Cyril Martin have helped a field of top-level athletes develop and regain form throughout the 2019 season. The Alfreton based club is well established as one of the UK’s leading clubs and has consistently performed well at national events  across all age groups throughout the year with strong title-winning performances from Sarah Davies, Emily Campbell and Haroon Siraj in particular among the many highlights.

Dave Sawyer has played an instrumental part in one of the most successful years for Great Britain’s international team in recent history. With over 30 years of International lifting and coaching experience, Dave is a key member of both GB and England’s coaching team where he has been responsible for helping the country’s elite athletes navigate multiple challenging international events and rack up medals at the World Championships, European Seniors, European Under 23s, Tianjin World Cup and Rome World cup.

Stephen Donovan is a familiar face to many people within the weightlifting community as he has been present at every national British national competition in 2019. He is heavily involved at his local club Strength Academy Wales, as well as officiating and helping out at Welsh Weightlifting events. He also continues to represent both Wales and Great Britain at International competitions such as the Commonwealth Games and the European competitions such as the European Youths in Israel.

Taking over from the legendary Mike Pearman as Head Coach of Brunel Weightlifting, Kristian McPhee has helped inspire some fantastic performances from his club members in national and regional competitions. He has also played a key role in the development of the club in the local community. Kristian remains an active competitor himself and the former British Champion continues to rank highly at national events between tutoring and coaching regional talent squads.

Simon Roach has an unprecedented passion for weightlifting and its development in Wales. With over 30 years’ experience as a competitor and coach that has seen him represent Wales as a coach or Team Leader at 5 Commonwealth Games. He also plays an instrumental part in running Strength Academy Wales (SAW Cymru), a club that is an integral part of the local community. The club has a broad base of recreational members that extends beyond the competition scene. Roach helps to craft carefully planned training programmes tailored with fitness and health goals in mind, He regularly supports lifters competing at national age-group competitions and grassroots events

John Lightfoot manages Barton Athletic Club, a community facility run on a voluntary basis that offers weightlifting coaching alongside boxing and wrestling. As one of the region’s best known and most experienced volunteers, he is able to offer incredible insight into sport through his knowledge of different disciplines. He regularly tutors at BWL education courses to help develop the next generation of coaches and also frequently hosts weightlifting competitions aimed at providing younger lifters with greater opportunities to develop their skills in a much-deprived area of Greater Manchester.

The recipient of this year’s Lifetime Achievement Award is Alex Philips for services to Weightlifting Scotland and British Weight Lifting. With a lifetime in the sport, Alex has played an instrumental role in helping the sport succeed in Scotland through his work as national competitions manager over the years. No job is ever too big or too small for Alex and his passion, time and expertise is hugely beneficial and much appreciated by all in the sport. As well as coaching at Pitlochry Weightlifting Club, Alex is a well renowned National and International Technical Official, representing Scotland at the Commonwealth Games and GB several times at various European events. He also continues to compete as a Masters lifter. This is not Alex’s first Lifetime Achievement award as in 2018 he was recognised with the George Mortimer accolade at the Perth and Kinross Sports Awards and we are all sure it will not be his last!

British Weightlifting would like to say a massive congratulations to all of this year’s winners.

You can view all of the previous award recipients here