British Weight Lifting is delighted to announce the winners of the 2020 Annual Achievement Awards. 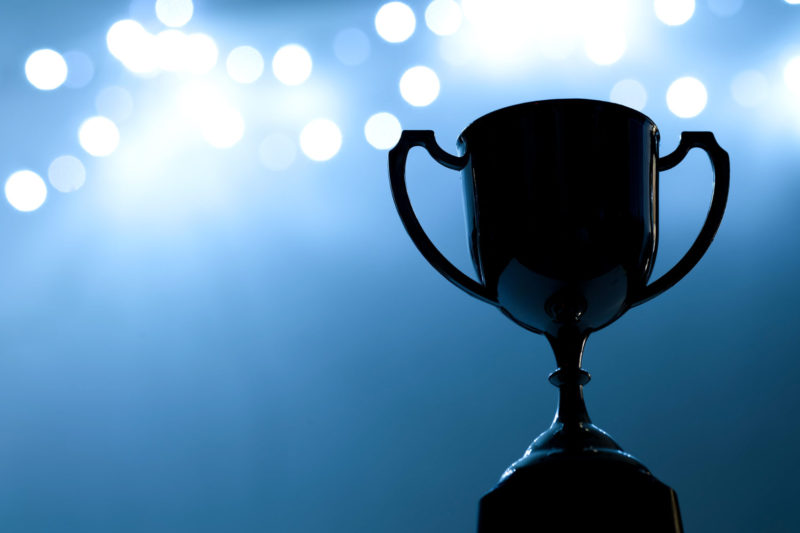 Over the past year, we have seen some great resilience and determination on display from the UK weightlifting and para powerlifting community.

With gym facilities being closed for extended periods this has not been an easy time for our members by any means.

The roles that athletes, officials, volunteers, clubs, and coaches play in keeping our two sports alive during these difficult times is hugely appreciated by British Weight Lifting.

While the number of physical events has been limited compared to previous years due to COVID-19, we thought it was important to still hold our Annual Achievement Awards to highlight the outstanding contributions that our community has made in the face of adversity.

The Annual Achievement Awards are designed to recognise the hard work and excellence that is on display in the weightlifting and para powerlifting community.

They aim to showcase the very best lifting contributions across the country from grassroots gyms, all the way to the international arenas with the winners being carefully chosen by a BWL selection panel.

Normally, the Annual Achievement Awards are presented at the British Championships in June each year, but due to ongoing Covid-19 restrictions, we have once again decided to recognise the recipients immediately.

Therefore, we are delighted to announce that the following winners have been recognised for their outstanding efforts throughout the 2020 calendar year.

Jersey Weightlifting club has made some fantastic progression in the past year with strong results in both weightlifting & para powerlifting competitions as well as consistent participation in virtual events. Highlights include Rachel Leck winning the Welsh Open Silver, the emergence of Charlotte Neale on the Youth International stage, and teammates Gabrielle Proper and Jorja-Leigh Clark battling it out in the Lockdown Lift-Off Series.

Emily Campbell has won the Sportscover Weightlifter of the Year Award as a result of being the best-placed British Weightlifter in the Tokyo 2020 Robi Rankings. She currently sits 11th in the 87kg+ category on 2,230 points which is a great position to be in with one event still to add to her score. While Covid-19 curtailed her 2020 campaign before it got going, Emily has consistently performed at a high level over the past few years, and it is for those amazing efforts that she is being recognised. Emily medalled at the Commonwealth Games for England in 2018 and has also stood on the podium for Great Britain at the European Championships, British International Open and Tianjin World Cup. She is a great ambassador for the sport and will no doubt hit the ground running again once international competitions resume.

Another strong season for Louise Sugden has seen her win the Sportscover Para-Powerlifter of the year award for the second year in a row. She put in a superb performance at the Manchester World Cup last February, successfully hitting three out of three lifts to clinch a new British record of 125kg in the women's up to 86kg category and win Gold for Great Britain on home soil. That helped Great Britain top the overall team results as well and strengthened her own individual position in the Tokyo 2020 Paralympic qualification rankings.

Bryn Jones won Gold for Great Britain at the Virtual European Masters Championships last year hitting six out of six lifts in the Men’s 55-59 89kg category. He snatched 80kg and clean & jerked 105kg. Domestically, he put in a strong performance in the final round of the BWL North Regional Open Series.

Emily Sweeney was the best performing British lifter at the Virtual IWF Youth World Cup in 2020 with a 6th place finish overall. She hit four clean lifts, lifting 78kg in the snatch, and 94kg in the clean & jerk to set new personal bests across the board. She has shown good development throughout the year and is one to watch for the future.

Mark Swan won Junior Gold and Senior Bronze on his international debut at the Manchester World Cup in February. He also broke a European Junior Record at the event by lifting 155kg in the Men’s up to 65kg competition. The previous benchmark stood at 140kg demonstrating his immense ability at an early age.

Richard Tawse has been exemplary in his role as Technical Official Liaison for Weightlifting Scotland and a regular referee at British events in recent years. Since the pandemic Richard has been one of the most active referees when it comes to judging virtual competitions and online seminar participation, offering invaluable insight to the technical official community.

Hallam Barbell Head Coach and Founder Dave Hembrough has been recognised for his brilliant community initiatives in the Sheffield region. He has helped grow the sport through the implementation of successful young people’s programmes and mentorship schemes. Dave won the BBC Sports Personality of the Year Unsung Hero Award for the Yorkshire Region and was a national finalist as well.

Daniel Collins has won the Unsung Hero award, named after the late BWL official and event organiser Brian Hamill. He has done some fantastic work coaching Para Powerlifting at Suffolk Spartans. Under his watch, the club was awarded £5000 by Permission Holmes for their Healthy Communities campaign. On the competitive scene, Dan has collaborated with Zoe Newson for many successful years, helping her to win medals at the Paralympics, World Championships and Commonwealth Games.

We are delighted to announce that Mike Pearman has won the John Lear Outstanding Contribution award, named in honour of GB’s longest-serving Head Coach. Mike is a three-time Olympian and two times Commonwealth Medallist who has over 60 years’ experience in the sport as an athlete and coach. In the latter role, he was Great Britain’s Head Coach at the 2001 World Championships in Turkey and Head England Coach at the 2014 Commonwealth Games in Glasgow where Zoe Smith won Gold. More recently Mike was Head Coach of Brunel Weightlifting Club before handing the reigns over to his protégé Kristian McPhee, but he continues to be involved with the sport and is a hugely respected voice within the weightlifting community.

John & Joyce Sheard have been honoured with the Louis Martin lifetime achievement award, named after the late 4x World Weightlifting Champion, for their service to the UK Para Powerlifting community. Since 1980 they have volunteered for the Wheel Power charity by helping at the iconic Stoke Mandeville Stadium. After a couple of years of service, they were invited to join the British Weightlifting Association for the Disabled (BWAD) serving in various administrative capacities. In the early 90’s they became licensed technical officials and have since travelled across the globe officiating at numerous international events, Commonwealth Games and Paralympics. Domestically they have been an integral pillar for para powerlifting by assisting BWL events at all levels across the country and the sport would not be in the place it is today without their hard work and dedication.

British Weightlifting would like to say a massive congratulations to all this year’s winners.

You can view all the previous award recipients here.