BUCS Championships 2022 round up

On the 12 April 2022, students from all over the UK travelled to St Mary’s university in Twickenham to compete in the British University and College Championships.

The day was an incredible display of talent on the platform, as we saw multiple British records broken, close battles for medals, and great comradery between university teams 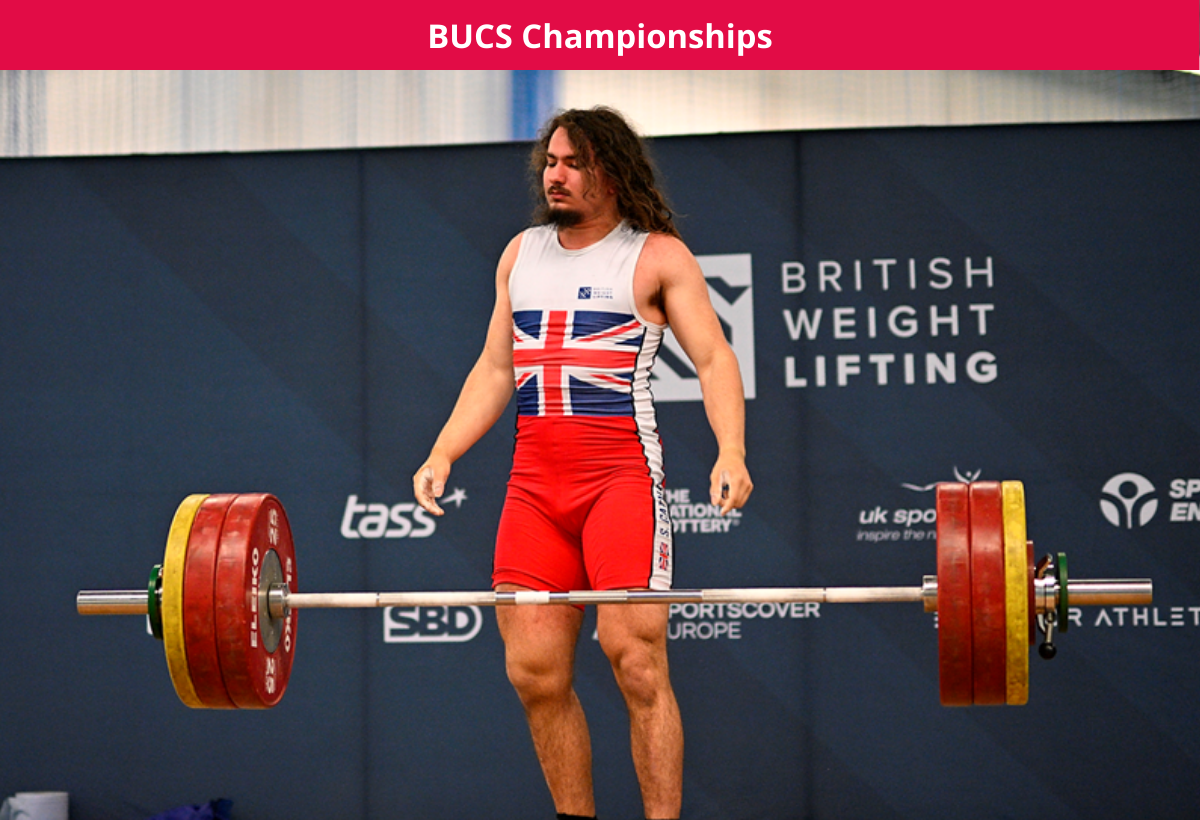 The day kicked off with lighter bodyweight categories taking to the platforms.

On the red platform, the day began with battle of the Bens when Bangor’s Ben Foggo went up against Brighton’s Ben Hickling in the Men’s 61kg class. Hickling managed to secure top spot after totalling 202kg, and Foggo secured silver with a 194kg total.

The Men’s 73kg class was a battle for top spot, with only one kilo separating first and second place. Bangor’s Garin Beams managed to secure gold after totalling 218kg, closely followed by Liverpool’s Wang Jianghaonan 217kg total. Bath’s Joseph Bryant came in third place with a total of 206kg.

The Men’s 81kg class proved to be popular, and we saw 20 lifters take to the platform fighting for top spots. Middlesex’s Lee Salter secured bronze, and St Andrew’s Emil Stewart-Nerona took silver. Loughborough gained another gold medal when Chris Murray secured the gold after a staggering 314kg total. Murray’s best snatch was 137kg, and the crowd fell silent as he followed by breaking a British Senior record clean and jerk at 177kg.

More records were broken in the Men’s 96kg category, when Loughborough’s Ed Smale put on a fantastic display on the platform. Ed snatched a huge 140kg, which broke a British under 23 record, and followed with a 162kg clean and jerk. This gave him a 302kg total, which broke the British under 23 record, and secured him the top spot. 1kg separated the silver and bronze, and Nottingham’s Myren Madden came in second place, closely followed by Brunel’s Stephen Bestman.

In the Women’s 81kg class, UCL’s Deborah Alawode made a British Senior record total of 207kg to secure the gold medal.

Only 1kg separated the top two spots in the Men’s 109+kg category. Edinburgh’a Josh Murray managed to secure the gold with a 217kg total, closely followed by UCL’s Michael Markunas, who secured silver.

Click on the buttons below to view the full results:

We are awaiting confirmation from BUCS to announce the top performing institution, this will be added as soon as we have received the information.