With live competitions back in full flow there are now more opportunities for lifters to train hard and produce good results on the platform.  Across the country there are plenty of young lifters who have been developing well and gone on to set new British Age Groups records. Below we walkthrough some of the recent events as well as the records broken over the past couple of weeks. 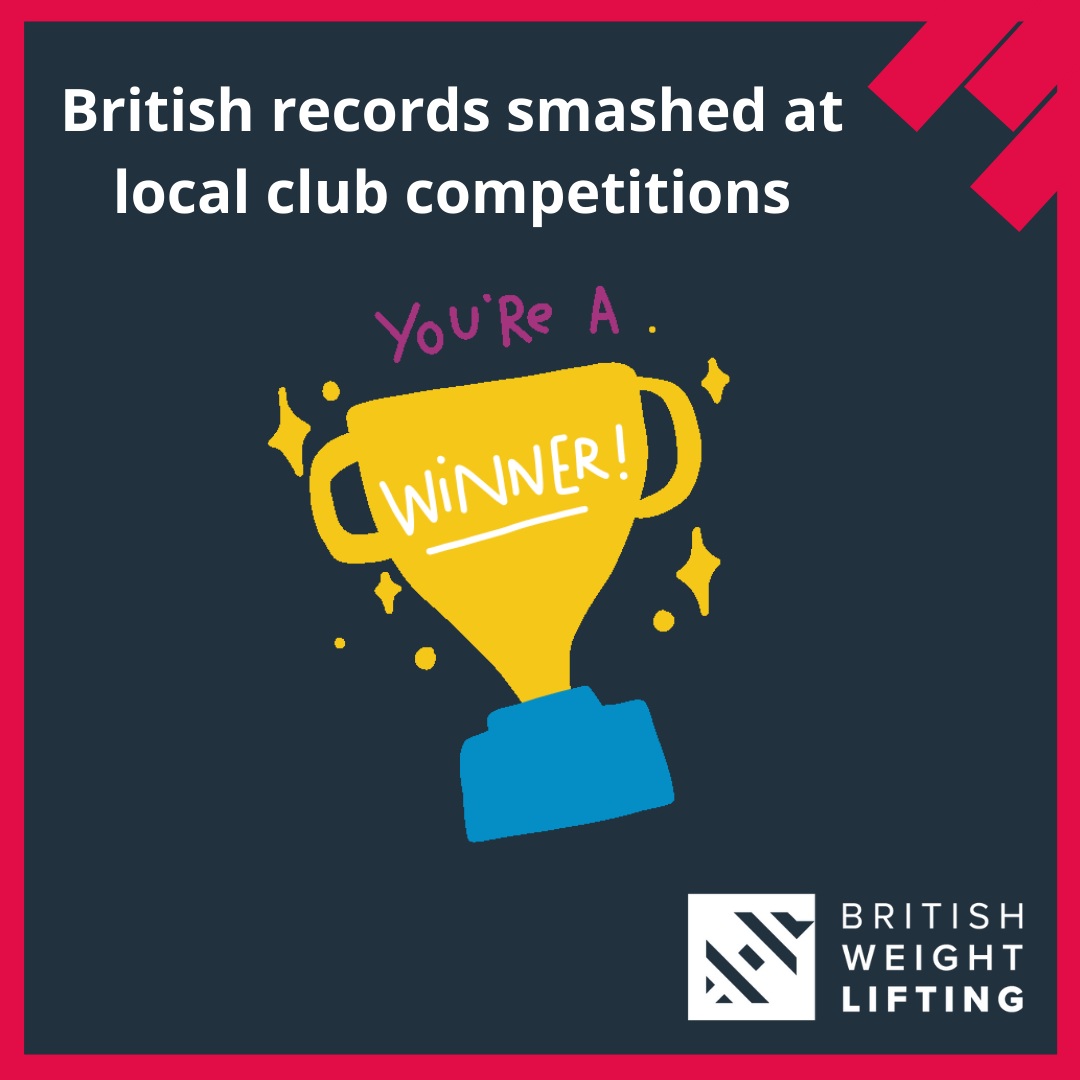 The Fylde Open was the first competition hosted in Blackpool for many years and it attracted over 40 entries.

The first record was broken Tiffany Pilnikova who was competing in the women’s U15 40kg class. She broke the existing British record of 30kg by lifting 33kg.

In the clean and jerk Pilnikova’s first lift of 39kg broke the British record of 38kg. She was then successful with lifts of 41kg and 43kg making another record in the total hitting 76kg.

Later in the day lifter David Smith took to the platform and snatched 111kg on his second lift to break the British record of 110kg in the men’s u17 102kg+ category. On his third lift he extended the record by another 5kg.

For his final attempt Smith jumped 9kg to 150kg and successfully broke the records again finishing with a total of 265kg.

There were also new Home Nation records achieved at the event with Tyler Johnston setting two Scottish u17 81kg+ records by lifting 75kg in the snatch, 95kg in the clean and jerk, and a total of 170kg.

Sarah Wiltshire broke her existing British Senior snatch record in the in the women’s 81kg class, extending the benchmark from 90kg to 92kg.

In the men’s u15 55kg class Tayla Hounsell broke the snatch record of 60kg by lifting 64kg. Then in the clean and jerk he managed 78kg on his first lift to break the British record of 74kg and made a new record total of 142kg.

Whalley who was competing in the women’s u17 59kg category broke a record on her first lift with 63kg to break the existing record of 60kg.  She then added more weight to finish the stage with 66kg.

Later in the group Hood broke her own existing record in the women’s u20 76kg category with her first lift of 70kg. She then increased that by 4kg on her second attempt and then by a further 2kg more to finish with a new British record of 76kg.

Hood also broke the existing clean and jerk record in her category on her first lift with 90kg. She then went on to successfully lift 94kg and 98kg to break the total record with 176kg.

British Weight Lifting would like to congratulate all the lifters who competed and broke records over the past month for their fantastic efforts.