After almost 20 years in the sport, Newark’s Natalie Blake has confirmed she will retire from all competitive lifting after this year’s Gold Coast games. 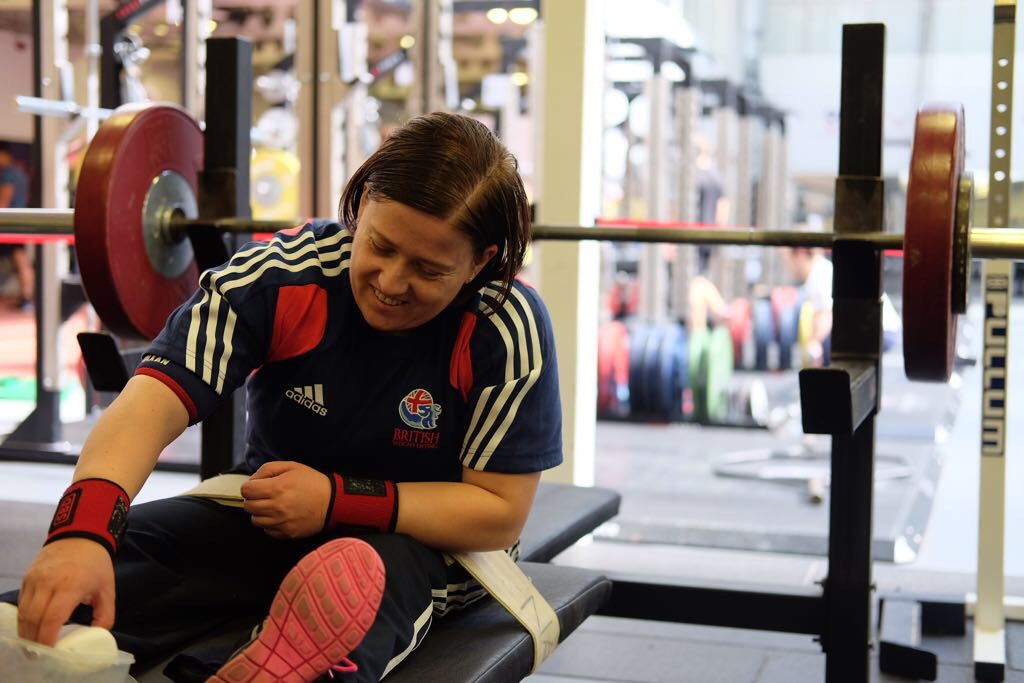 After almost 20 years in the sport, Newark’s Natalie Blake has confirmed she will retire from all competitive lifting after this year’s Gold Coast games.
The Commonwealth Games will bring to end a quite unbelievable career that sees Natalie bow out as GB’s most successful ever female Para-Powerlifter.
Having started out as the youngest athlete to compete at the Sydney 2000 Olympics – female Para-Powerlifting’s inaugural competition, Natalie went on to represent her country at five further Paralympics, securing a brilliant 6th place finish in the women’s -55 category at Rio 2016.
She also won a silver medal at the 2014 Commonwealth Games at Glasgow in the Women’s 61kg class. Having participated in over 80 competitions over her career Natalie has set a number of British records as well as 2 European records.
Speaking about her time in the sport Natalie stated, “I’ve always said that when it’s time to call it a day, I would like to finish where it all started for me in Australia. It was a great honour to be among the first female powerlifters to complete in the Paralympics. Looking back at my career, I can only think how lucky I have been to travel the world, go to countries that people only dream of going to, and achieve what I have achieved. I am really proud to have been selected for five Paralympics and two Commonwealth Games, whilst achieving a number of medals and records on the world, European and British platforms.”
Aside from the numerous titles and competitions Natalie has won, she has also been presented with several awards off the platform recognising her achievements, including the 2006 Derry Award for Heroism and Newark disabled athlete of the year in 2006 and 2008.

Speaking about life after retirement, Natalie added, “If my future can be half as successful as my sporting career, then everything will be okay. I would like to see my future in the fitness industry and try and pass on my knowledge of powerlifting with the disabled and maybe coach some youngsters to follow in my footsteps.”

Paralympic Performance Director, Tom Whittaker added “It will be sad for the team to see Natalie leave the sport but it gives us a fantastic opportunity to recognise her longevity, persistence and commitment to Para Powerlifting over the last 20 years. She has achieved remarkable things in competition and represented her country with integrity and a smile on her face. A huge thank you from me and the Performance team for her contribution”

BWL are keen to add their congratulations to Natalie on an outstanding sporting career. She has represented her country with enormous credit and we would like to thank her for her contribution towards the sport and wish her every success in the future.