The 2021 British Open Series has now reached round seven which concluded at the end of July. As we return to in person competitions, the number of entries has slightly reduced. However, this has not distracted from the level of competition with entrants utilising the opportunity to develop their platform skills and add to their points tally to go towards the yearly total. 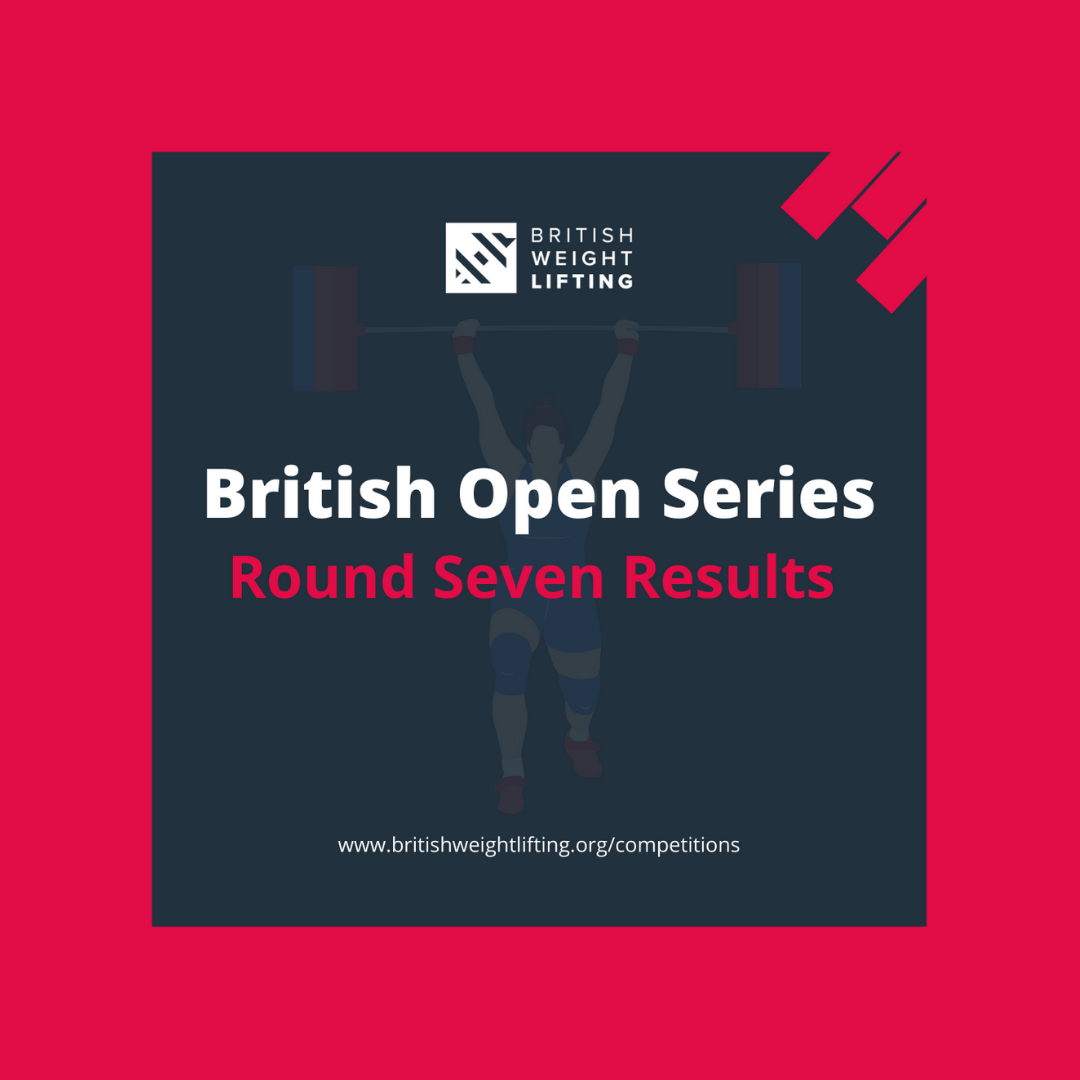 The event was run online via Launchpad with lifters submitting their pre-recorded videos , which were then adjudicated and certified by three random licensed BWL Technical Officials.

Congratulations must be given to Asylum WLC who had a high number of participants in round seven, making up the majority of the entrants. Well done to all lifters and coaches!

Eve Kirk from Team Cavanagh, was the standout female lifter with an impressive 144kg total scoring 190.44 points, with Claudia Clarkson impressing in the masters with 181.650 points.

The standout male lifter was Ramadan Rabeh who picked up 261.125 points with a 214kg total in the male master’s competition.

It was great to see more entrants in the development competition with some impressive lifting by all. Isabell and Jacob Foskett representing Triple X both performed admirably with Isabell scoring 212 points and Jacob scoring 199 points.

Nicola Stiddard has retained her lead in the senior female competition with 689 points and Maureen McLarnon remains top of the female master’s event with 293 points.

Full results and standings for the British Open Series 7  are available via the links below.

Entries are now open for the eighth event of the 2021 British Open Series. You can find out more information here.