British Weight Lifting (BWL) is pleased to announce that Emily Muskett (nee Godley) and Cyrille Tchatchet II have been endorsed by the BWL Board to be the British nominations at the first-ever International Weightlifting Federation (IWF) Athletes’ Commission election. 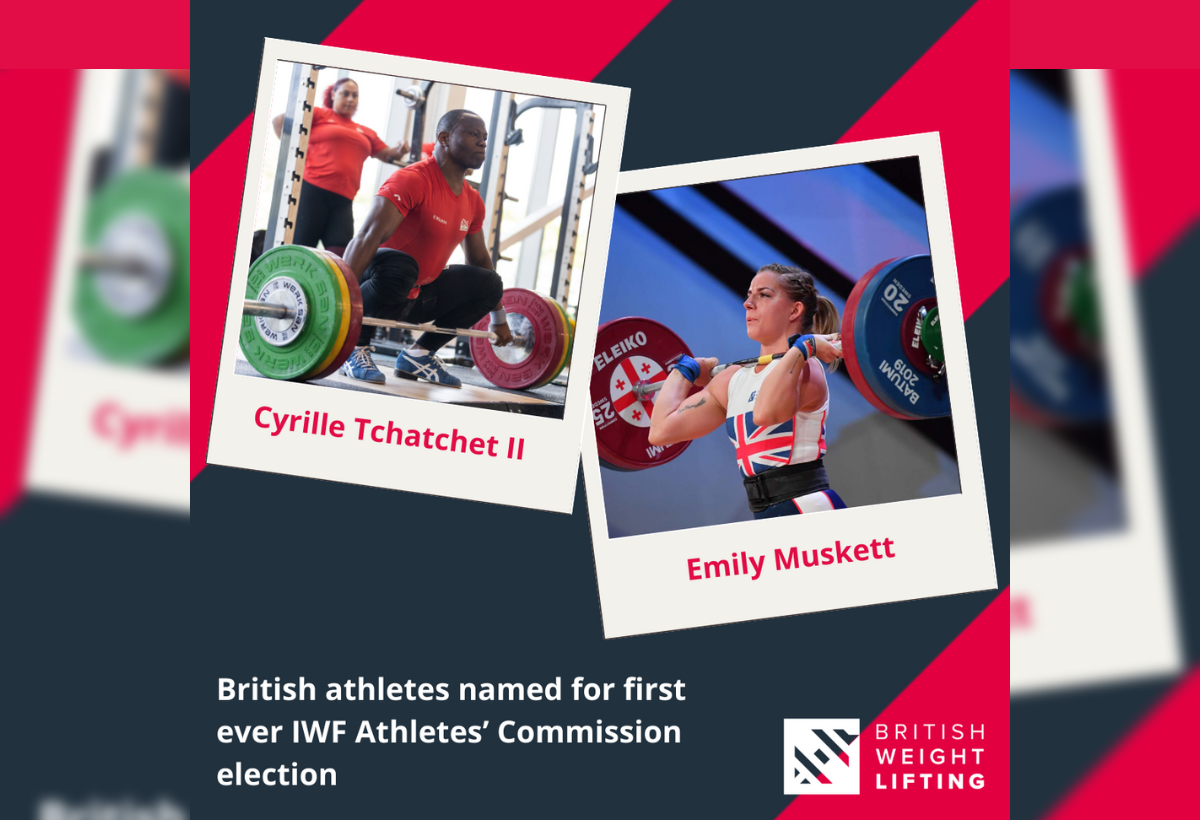 The election will take place in conjunction with the 2022 IWF World Championships, to be held in Bogota, Colombia from 5 to 16 December 2022.

Cameroon born and former refugee Cyrille Tchatchet II competed at the 2014 Glasgow Commonwealth Games, finishing in fifth place. He has won the British, English and BUCS weightlifting championships 2017, 2018 and 2019. In June 2021, he was selected to represent the Refugee Olympic Team in weightlifting at the Olympic Games Tokyo 2020 finishing in tenth place. On 5 April 2022, Cyrille was cleared by the IWF to represent BWL. Since then, Cyrille has competed for Great Britain at the 2022 European Championships and England at the Birmingham 2022 Commonwealth Games.

Emily and Cyrille will now undergo vetting by the independent Eligibility Determination Panel. The names of eligible candidates to be announced no later than 3 November 2022.

For more information on the IWF Athletes Commission and the election process, please click here.