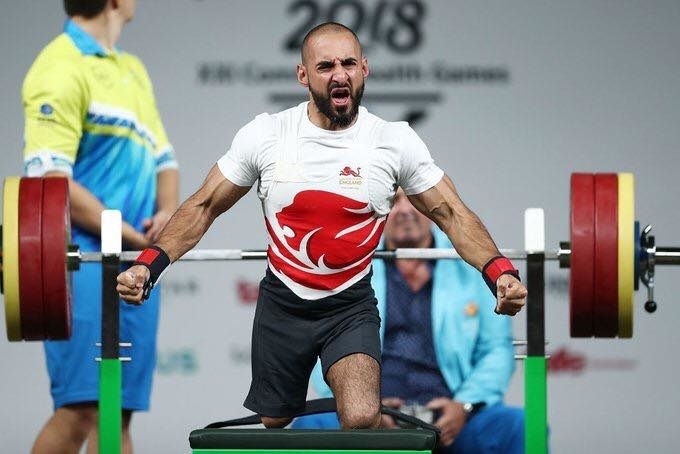 Disabled and non-disabled athletes compete for Team England as one team at the Commonwealth Games with medals won by athletes, regardless of discipline, contributing equally to the final medal table. The next Commonwealth Games take place in Birmingham in 2022.

On joining the Commonwealth Games England board, Ali said:

“I’m delighted to be joining the Commonwealth Games England board at such an exciting time for the organisation.  Representing England at Delhi 2010, Glasgow 2014 and on the Gold Coast earlier this year have been some the highlights of my career. It’s a real privilege to be offered the chance to be able to give something back to the organisation.

“I’ll be doing my best to ensure that the athlete’s voice is heard in everything that Commonwealth Games England does. I look forward to ensuring we’ve left no stone unturned to give our team has the best possible chance in Birmingham in a little over four years time.”

Ali competed at his first Commonwealth Games in 2010 at Delhi, India where he placed fifth. He followed that up with winning bronze medals in 2014 and 2018. At Gold Coast 2018, Ali was a Team England ambassador.

“I’m pleased to welcome Ali to our Board.  He has already been providing invaluable guidance to the team in the run up to the Gold Coast and we're honoured to be able to benefit from his insight through to Birmingham 2022 and beyond. With both Alex Danson and Ali, we now have world class athlete representation on our Board as we look to help deliver the best ever Commonwealth Games in England in 2022.”

“We are very proud at Team England to have such a diverse board with a vast depth of experience from within the world of sport and beyond. I am sure that these qualities will help us take the best possible decisions for the organisation for years to come.”

Ali Jawad’s term as a Board member initially runs until 30 August 2022.