British Weight Lifting are delighted to announce the team chosen for this year’s Para Powerlifting European Open Championships. This year will see the competition taking place in Berck-Sur-Mer, France between the 25th and 29th May 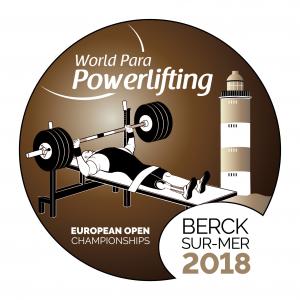 It is the first regional championships of the Tokyo Cycle and the first Paralympic qualification event for the 2020 games in Japan.

The athlete's selected to represent Great Britain are:

Nathaniel Wilding - Mens up to 72kg

Michael Yule - Mens up to 72kg

Oliver Brown - Mens up to 65kg

Adam Alderman - Mens up to 54kg

Louise Sugden - Womens up to 86kg

Zoe Newson - Womens up to 45kg

Olivia Broome - Womens up to 50kg

The competition is the BWL World Class Program milestone event for 2018-2019, meaning the team have to achieve UK Sport agreed performance milestones.

Tom Whittaker Paralympic Performance Director at British Weight Lifting commented," This championship is an exciting opportunity for all the athletes selected for a number of different reasons. Not only is it the first Tokyo qualification event where eligible athletes can begin securing top 8 rankings but it takes place only 5 weeks after the team returned from the Commonwealth Games which presents a challenge in itself. A challenge which I will enjoy watching the guys handle as the opportunity to start the qualification period with momentum presents itself at a time where the team have to quickly turn themselves around and go again which is unusual and demanding”